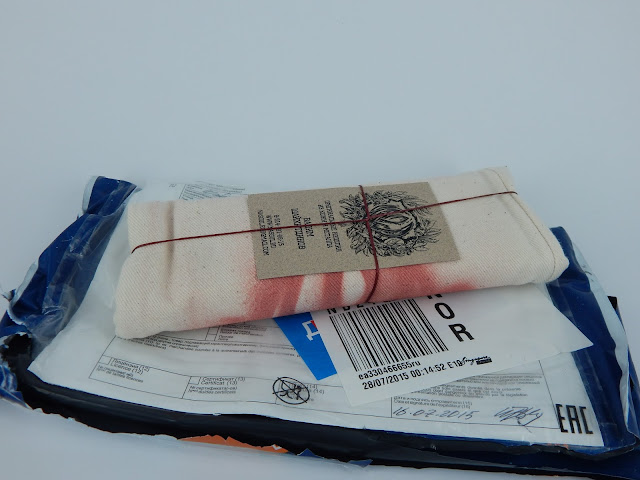 Nothing quite like highly anticipated mail calls these days... Aaahhh the world of knives, knives and nothing but more knives.

Doesn't sound quite that exciting and palate tingling?

Yea, I know, it's just the basic configuration for one of the most common Shirogorov knife. Nothing wrong, as they still stand out as really good knives. I'm not moving into the realm of discussing production vs midtech and custom, pricing or which super duper steel today. Only on the basis of a knife as a knife. Form follows function.

Of course as one moves from basic factory production, there is always a growing acquired taste for the exquisite exotica brought on by the psychedelic assault of things edged in various social media and the internet realm.

Oh wait... something looks different already. No other Shiro I seen is ever packaged up this way...

Inside the nice canvas bag is the familiar black box from which, out comes....... 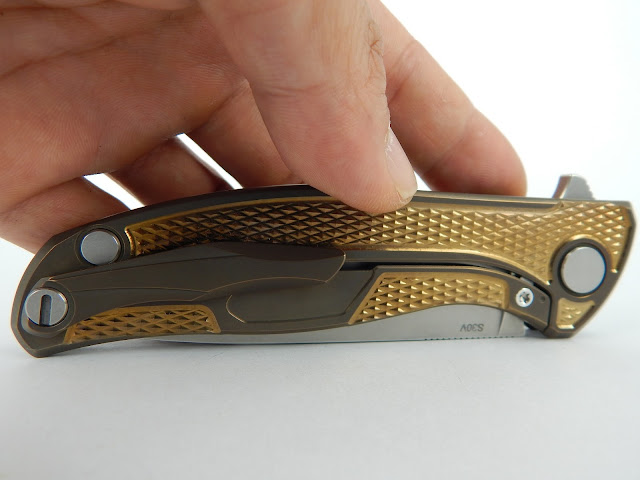 For those unfamiliar but had seen a couple of other strange looking F95 called the "Golf" or "Dragon", these are two other past projects. Each with only 10 and 30 pieces respectively (I think). 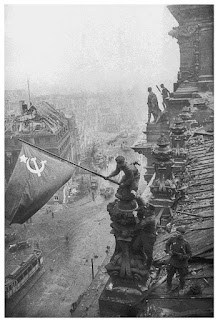 That being the 70th anniversary of Victory Day marking the end of WWII in Russia and Europe with the raising of Victory banners over the Reichstag.

Some of us maybe more familiar with the iconic photograph of US Marines raising the Stars and Stripes in Iwo Jima but equally iconic is Yevgeny Khaldei's photograph (on the right) of this momentous day.

Sure it would be a nice knife to have with all the significance attached to it. But how are these linked to me? Nothing in a direct way I'm afraid.  But as a die hard Shiro fan, coupled to being a life time avid reader of all thing military and being a soldier once myself.... 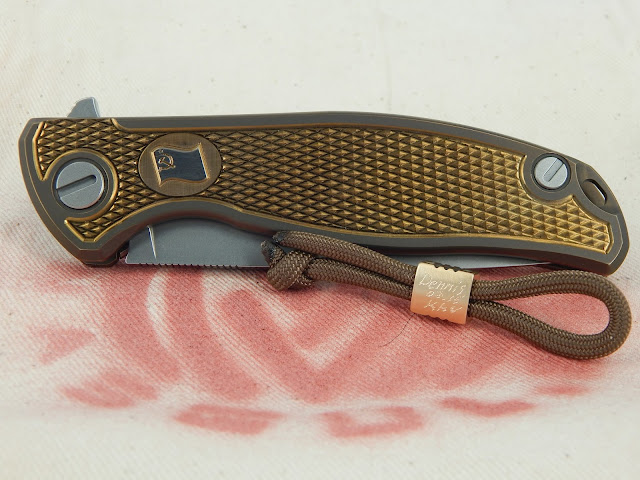 There were a couple of flag designs to choose from but of course nothing could have dissuaded me from the option of the sickle, hammer and star version. 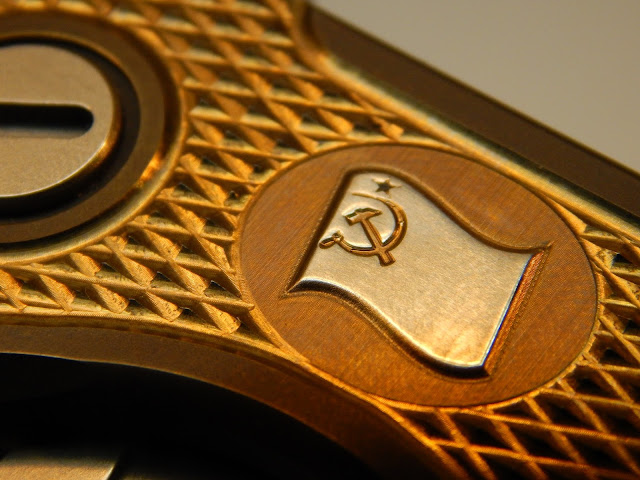 It all started when reading about the project on guns.ru (ok I can't read Cyrillic but if you are as fanatic as me, spending a couple of hours each time using online translator and further deciphering the nuances and syntax of a foreign language to acquire info would be a small price to pay).

Next, a Banner 95 pops up on Instagram. For the next few days I bypass pics of almost every other knife, only returning each time to the Banner pics and videos as I checked into Instagram. Something kept calling out to me... Obsession? Like all those other Shiro I owned to date?  Maybe.

Fired up an email...

Long story short... a month plus of exchanges later where one  speaks no Russian and the other speaks no English are now happily chatting away. Things involved some shuffling around for help on formal translating of important bits. Aided by Suspects [ you guys- if you are reading this... Thanks :)  ] who are fluent in both languages...

With the last few nerve wrecking days of "postage tracker-no-update", the anxiety is a thing of the past as excitement takes over with the un-boxing lasting up till this write-up...   Enjoy the pics.


...and the usual array of left, right, center and oblique shots.. 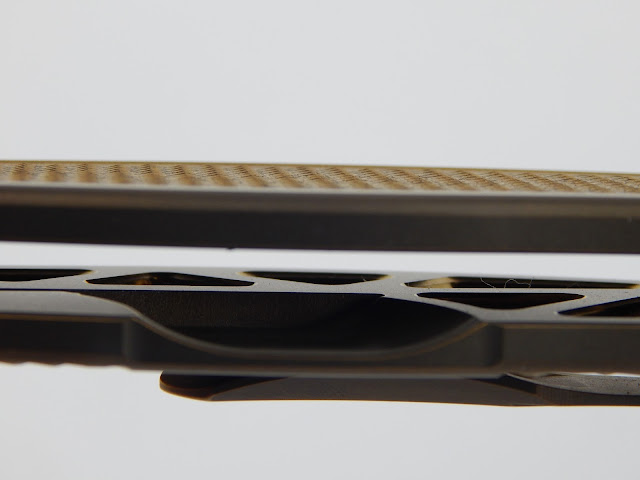 This little guy that came along is most appreciated...


This has been quite an epic two months....what started out ordinarily enough as a quest for a nice knife became a journey that has build up into a friendship with someone in a faraway land. Adding on more significance than when I first started out with just the hunt for a nice blade.  Quite sure I would be seeing a few of these on the secondary market later on but I know none will ever quite compare in the same way as the one that just made it's way to me...

Been a long day.. need those 40 winks now. Gonna close it with a last shot. One that captures the tranquility of the moment as I reach out to switch off the lights. Good night. 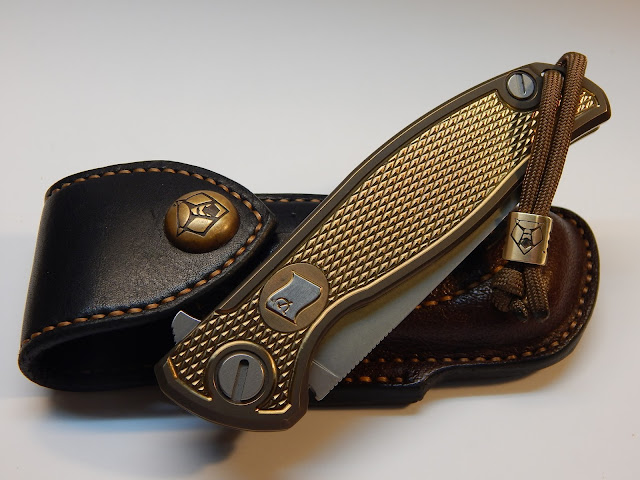