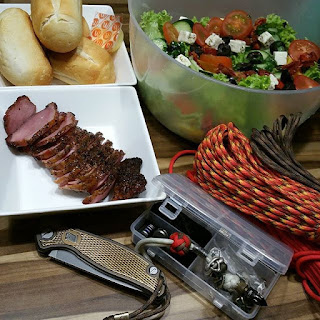 Well if it's things that's gonna be carried.. then sooner or later there would be certain degree of personalizing.

Ok my usual double knotting holding a bead is starting to get a tad monotonous but it wasn't until those forgotten paracords arrived...

If there is a thing learned.. working with paracord is a rather tedious affair... many a time it is a matter of patience. The first initial knot in a bracelet is usually the hardest part.. afterwards its usually repetitions until the ending part. Itcan almost be meditative if one is not first frustrated by the same actions over and over again.

Starting on all the bracelets really got me remembering learning how to weave a rattan basket in primary school... Push, loop, turn, straighten, tightened and repeat. 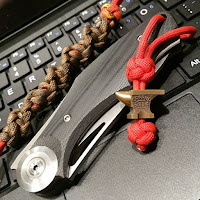 First one on Youtube that sparked an interest  was the"DNA" weave. The appeal is rather obvious given how it strikes a chord with my errm.. past life...

DNA, Mol/ Cell Science.... and yes it does indeed have the "double-helix"look at a glance. 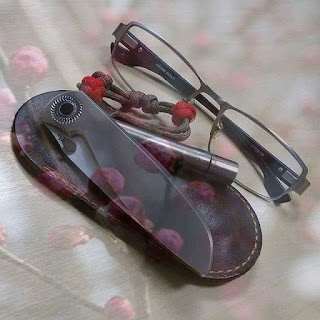 Does seem to follow something in my brain but I couldn't really pin it until Monday morning at work...  Ahhh Cherry Blossom buds. Yet another expressed manifestation of how the subconscious mind works. I'm betting this has a lot to do with the next tattoo piece I've been thinking a lot lately.

It looked simple and sufficient. I have made it such that if can be drawn up tight if need be. No idea what the 2 smaller knots are but they are symmetrical and forms a "noose"

There is an urge to resist adding on to it..

Next up was my very old and beaten watch.... first one I bought all those years ago when started out working. The original leather strap was so crapped out and the dings on the watch itself., I actually didn't want to show it to anyone at the shop... 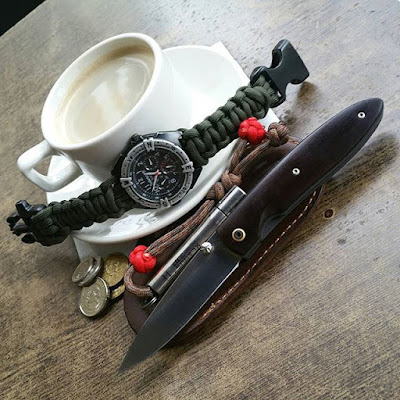 Cannibalized one of those cheap ready made bracelet-- still couldn't find my bunch of 50ft of  OD green paracord that went missing in the house!

What's there to do when the air pollution outside looks like this! 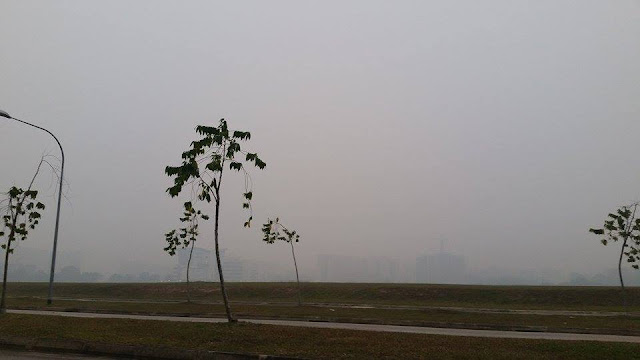 It looked complicated and I was a little apprehensive about trying it out.. then again, what's there to lose... It's actually a lot easier than it looked.  Only screw ups was I started without thinking how a bead was to be place and  how to end it. Didn't feel like using those cheap plastic buckle like the one for the watch above. 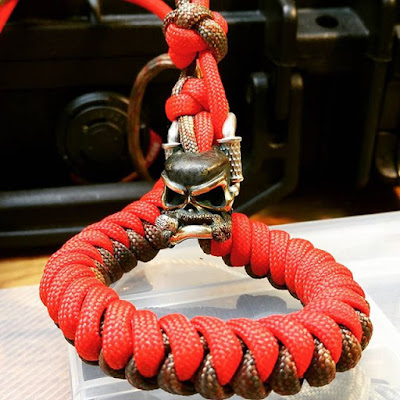 The irritating thing about this is how each knot after being tightened will have to be un-tightened at the next repetition to look the other strand through to result in this interlacing pattern... Tried to shortcut... seriously.. don't bother.. Just be ready to peel some finger raw doing this. I said its's easy but not painless. 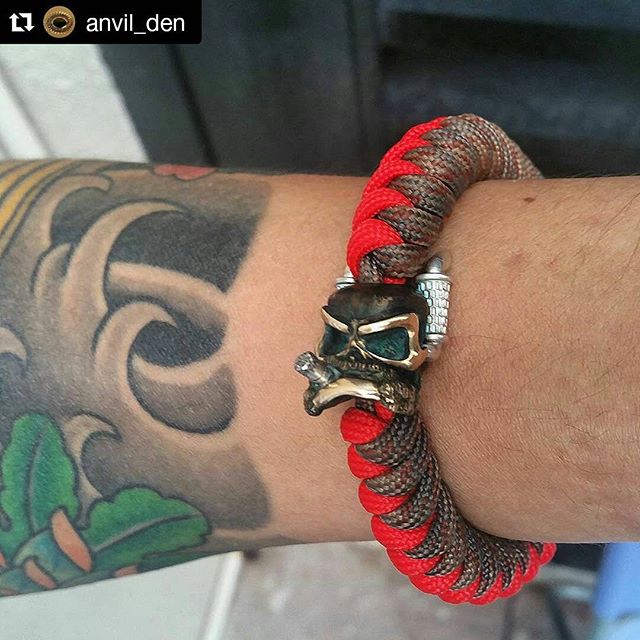 ...and a good match to my current small packet carry 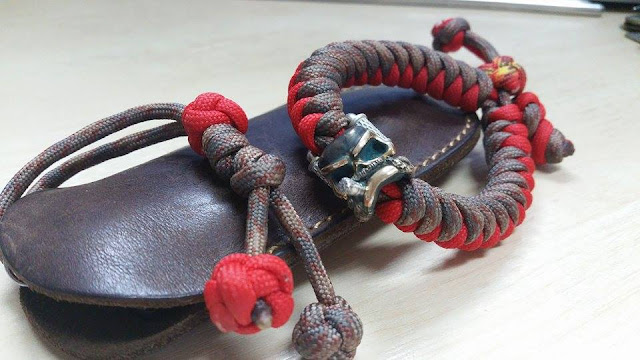 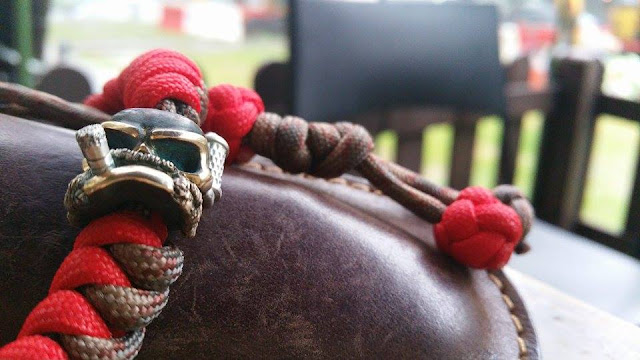