Typing away on email to close another deal... the mail man came a knocking with the much awaited package from Russia. 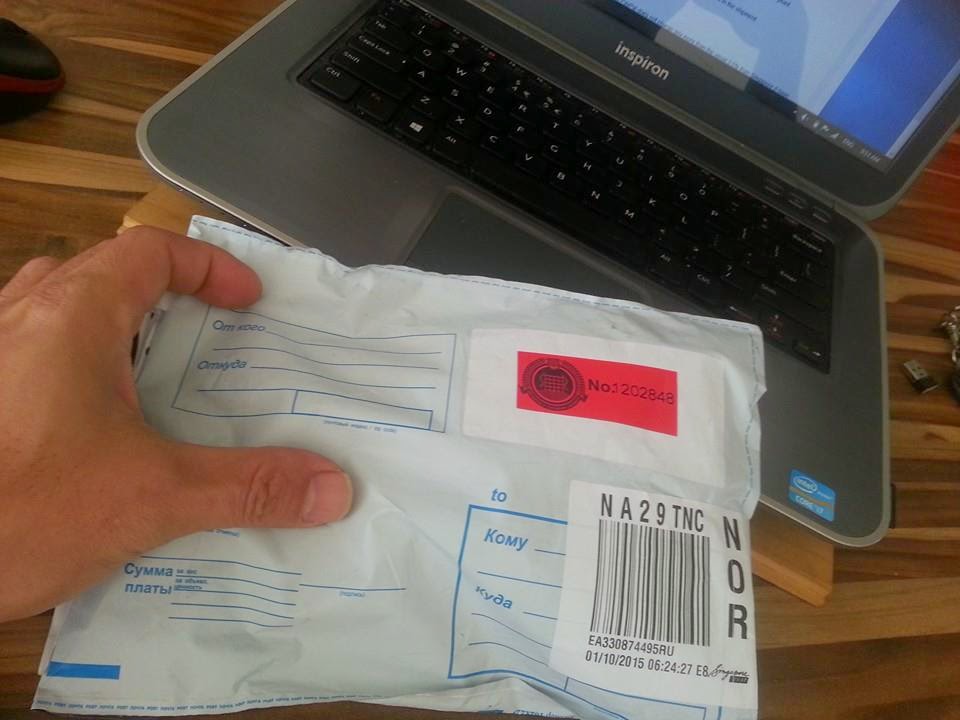 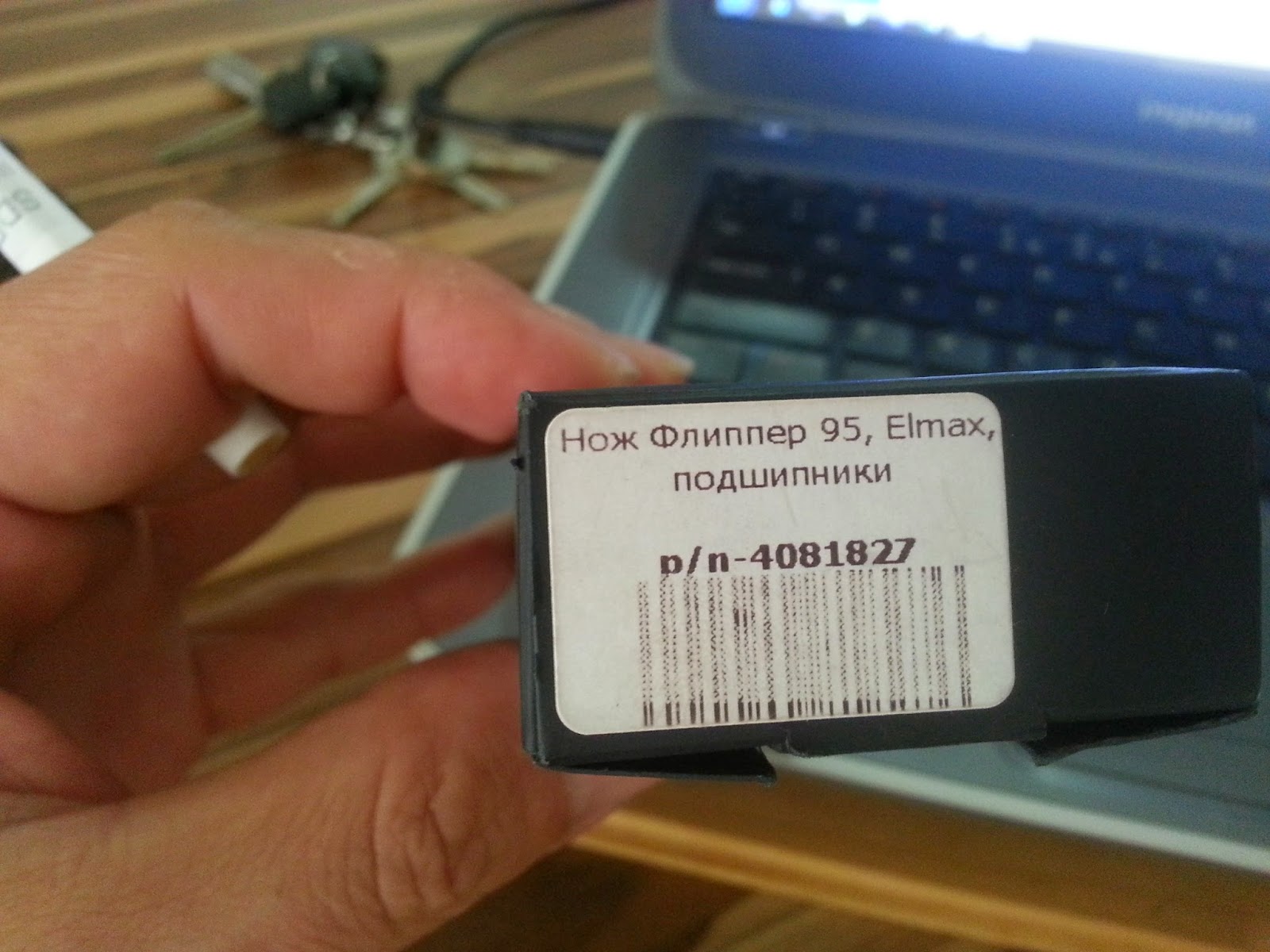 To be honest all the versions of the F95 are still confusing the hell outta me... so last week when I chanced upon the piece, I had no idea which version/ generation it was. All it appeared to clueless me was again something that is not usually seen, like the double logo 110b.

Not the Nudie, Not the T-scales or even  the lesser seen G10 T- scales. Nothing on Shiro F95 gallery had anything like it either.

It was described as "Lazer etched digital camo on Ti handles"

With the label on the box I was hoping it would lead to a little more.....

Typing it out in a translator.. Нож Флиппер 95, Elmax, подшипники all it's saying is just..

Well so much for my amateur probing...

Stop wasting time.. Un-box and let's see what we got here. Ok first 2 flips, there is a bit of stiction and that got me going "Hmmmm... but another 10-15 flicks later, the warmth returnedthat put a big sh!t eating grin on my face. Hell yea! Now this is a flipper that scores high on my scale. No not like that early gen  LSCF Bodega that's still imprinted on my mind... but in it's own way its so eermm "flipping" good, I'm still flicking and closing it as I type here... Must be what? 300 times since this morning?

Action wise, detent is just right. I'm not a fan of hard detent for certain reasons. Shaking it hard when closed, the blade doesn't drop out. Checked#

Woes of  South Paws, for we know from handling most knives made for the righties. Yea, you know what I mean. Our thumb sometimes gets in the way and leave enough pressure on the locking side of a framelock that impedes when firing the blade. Though most time my preference has always been to leave the thumb around the pivot for better purchase of grip...occasionally it still does rest less than optimal.

A lesser made folder would certainly see me swearing. I intentionally lower the thumb to see how the action would be interrupted on firing. No problem.. fires away completely till lock up. Each time, everytime. Must have done that for 50 rounds before it occurred that its picture taking session.... Yes yes the SBW Holiday Contest is still ongoing at Shirogorov_Club. I am gonna send only 1 shot per knife. No multiple ones.. If its good, it's good. Let the public decide...

Here it is joining the earlier entry on 28th Dec


As I still don't deem myself capable to review anything while spidering up this learning curve of things edged..... will just leave a few more pics for the viewing


No I'm not too worried about lateral stiffness. Handles are solid titanium here. Doubt I would be putting any kind of silly pressure in wiggling the blade so much so that I can actually feel lateral flex. Those kind of situations will probably see my hard use workhorses like the CS Rajah II or CS Spartan at work instead of this beauty here. 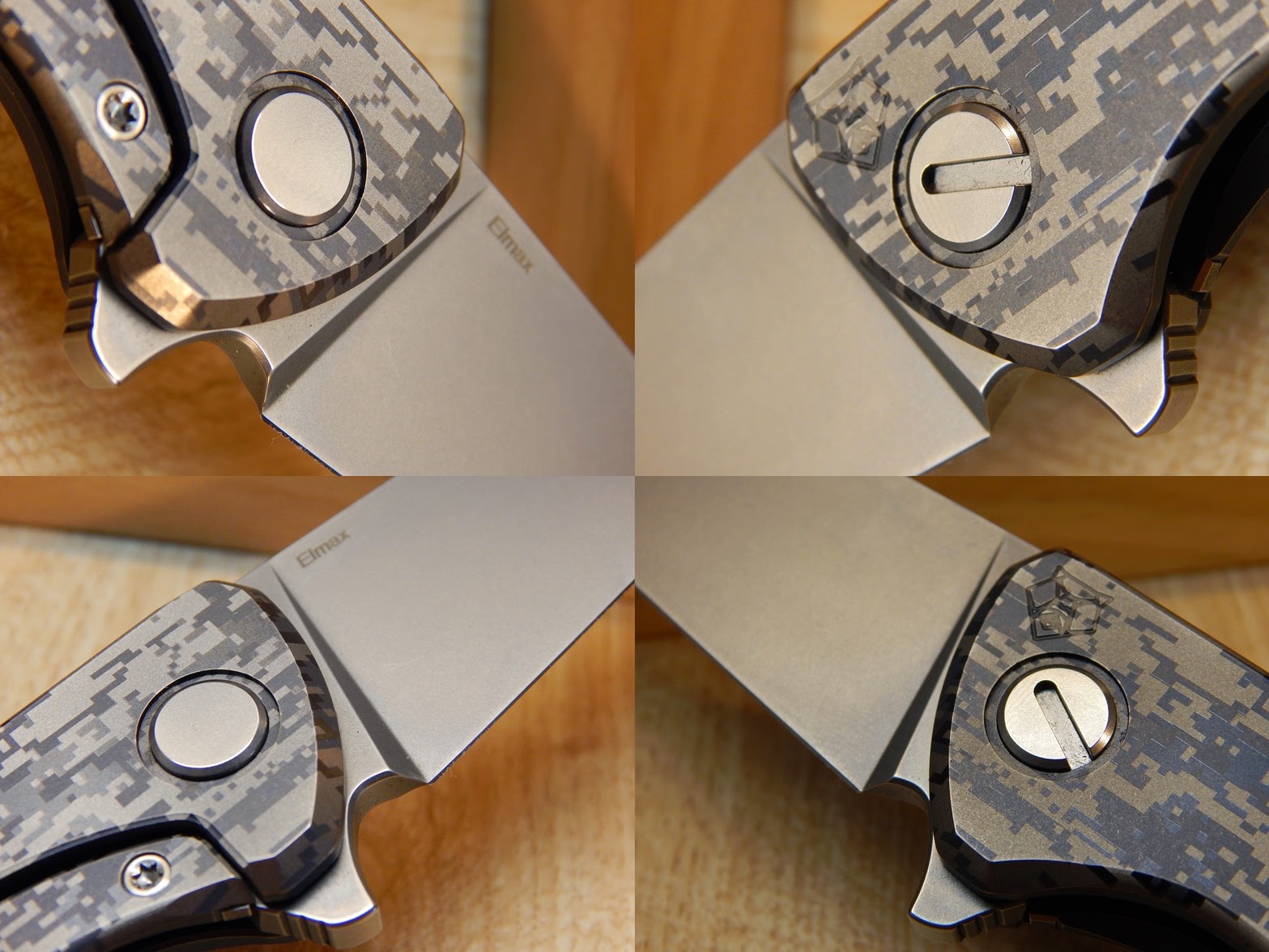 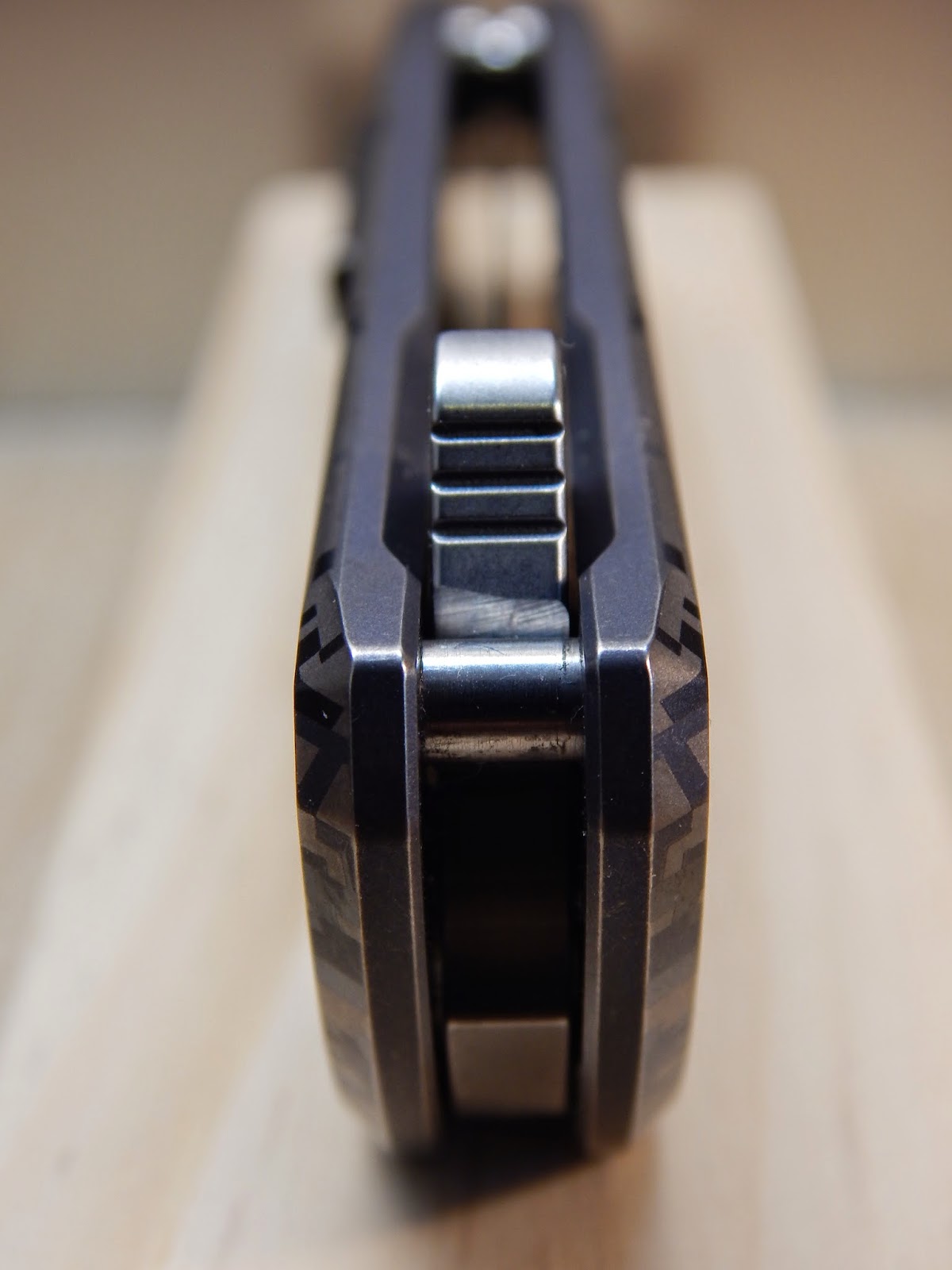 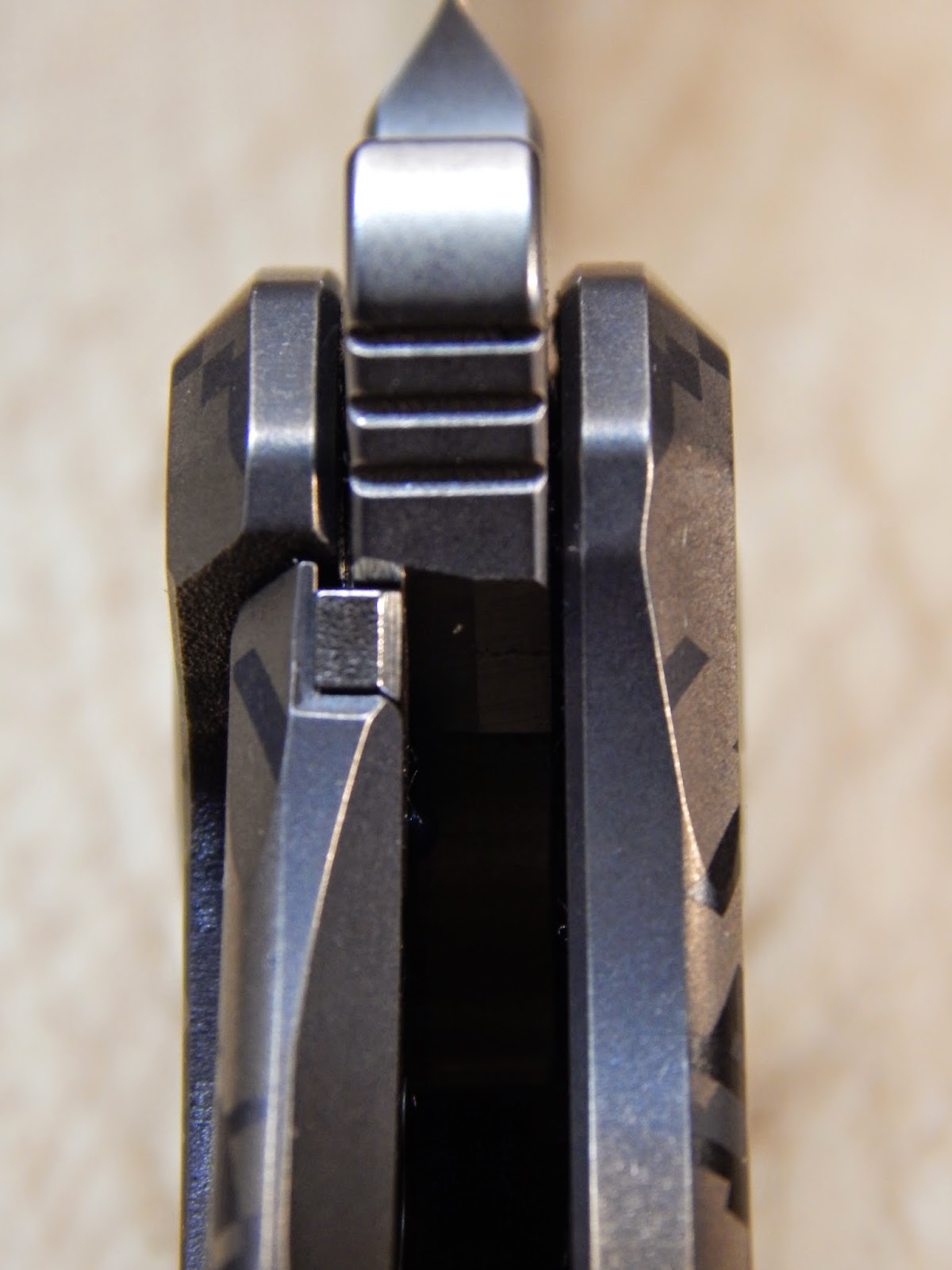 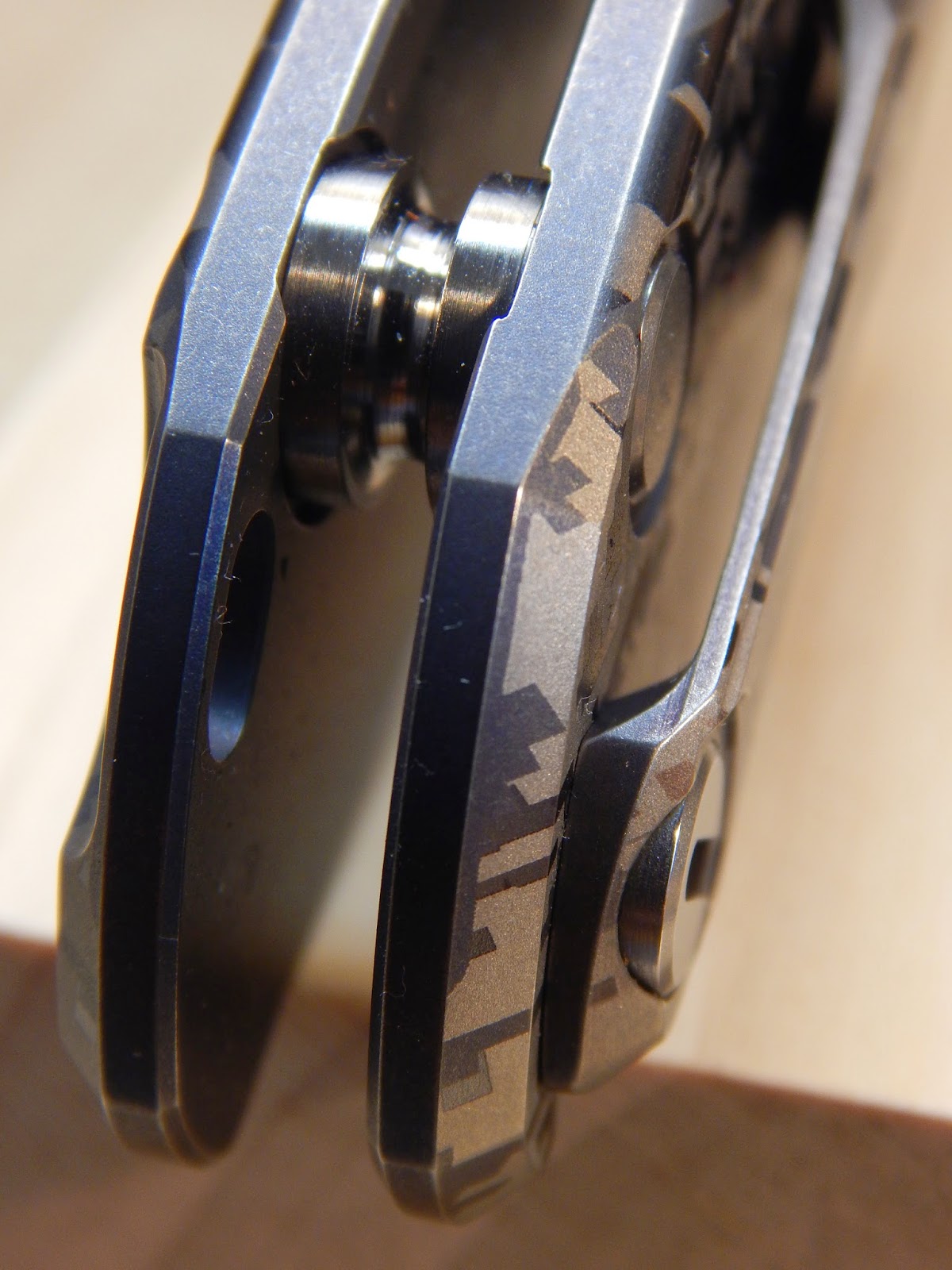 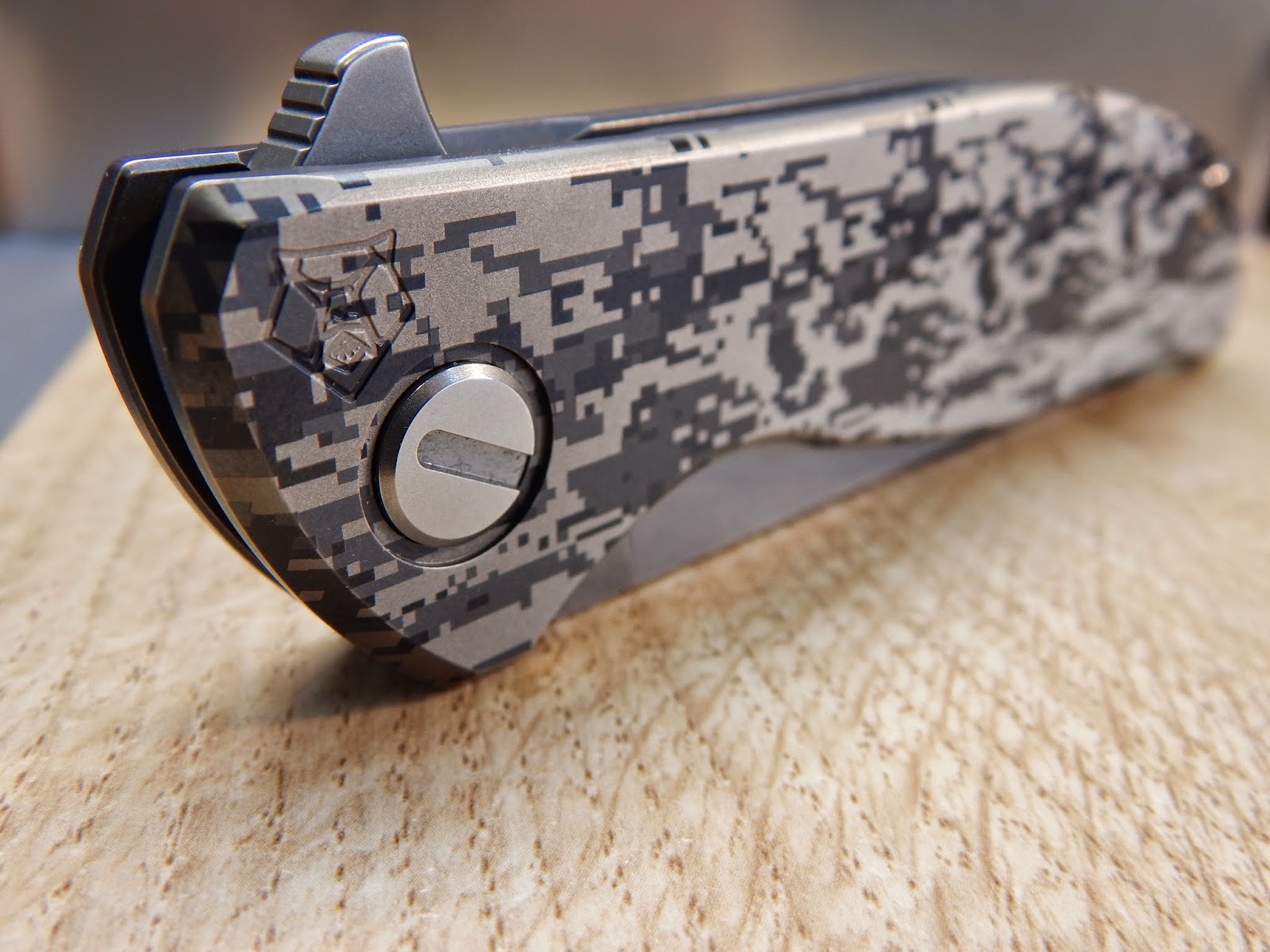 Quick  vid... first was a forceful intentional firing. Check out the purrrrrrr...
Second was a lack lustre flick just to see how it goes on those greasy fingers "oops I miss my flipper tab" days.. No problem. Lock and loaded all the same.

Now, just have to wait out for this soggy weather to brighten up, hit the trails on the bike and get some more natural shots.... :)