Finally, after many moons of research, I finally got myself a Shirogorov. Things came almost full circle in a way.. Only better since this was one of those smaller production with some significant differences. After getting to know Shirogorov folders I had somehow gravitated, telling myself the first one I want would be a Model 110b... Can't seem to point a finger as to why...

The 110 or 110b probably aren't what's on most people's mind as the association with flippers are more in line with the brand. It took this long too as hunting a Shiro is difficult with their popularity. The process is made harder by insisting on a 110b.

This is the lesser seen bolster version of the 110. Hence the "b" behind the number. Made rarer in the configuration of M390 steel blade which comes from a 110... that gave it a look I have never seen on other 110 or 110b.

Not gonna turn this into some kind of full review. Still too new to know enough to talk with any authority...I'll let the pictures do the talking. 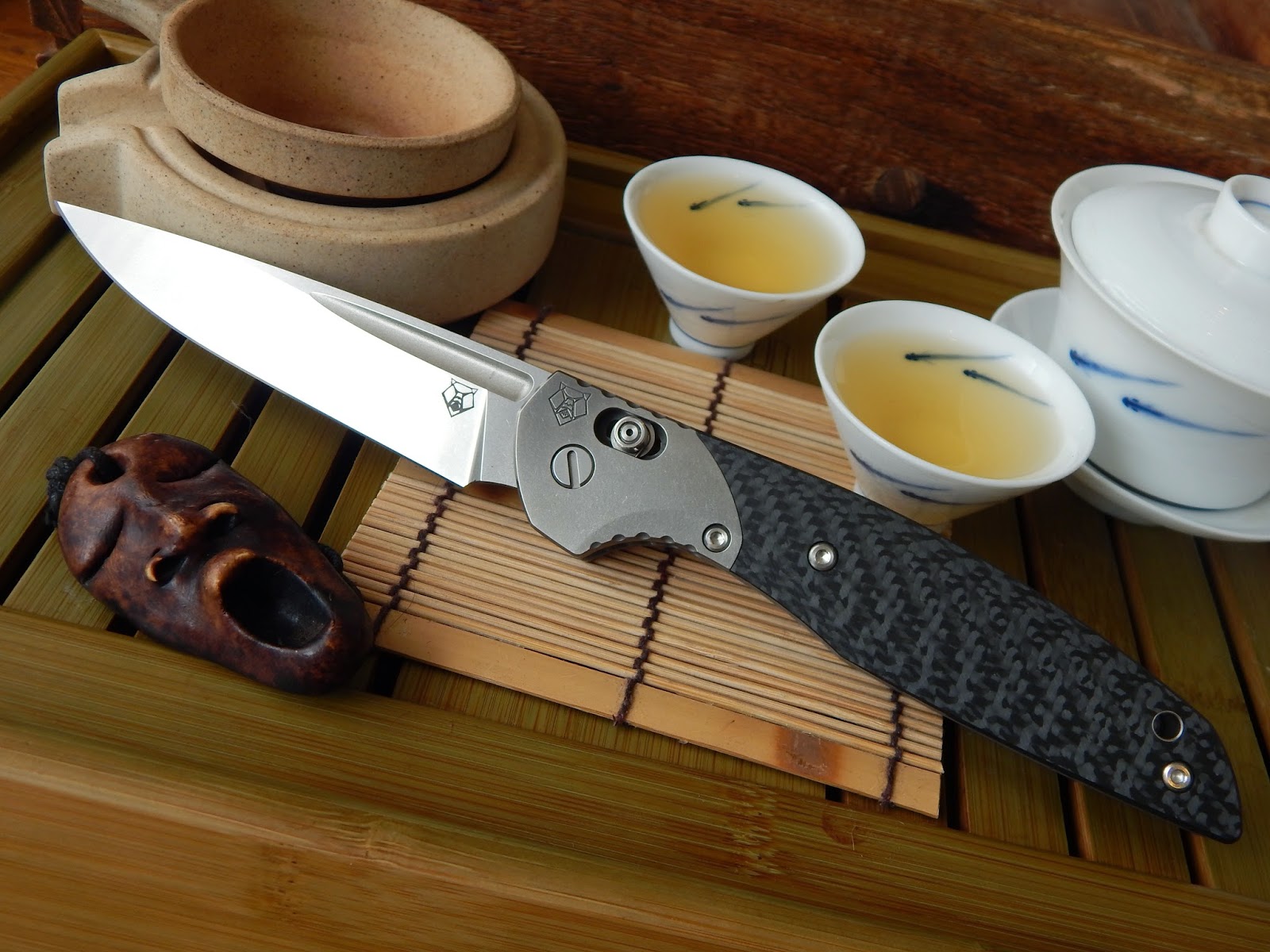 I'm not sure how true the claim is that there were only 2 ever made this way. Or whether it meant  double logo with M390. So far I have only seen a pic of one other double logo 110B but its satin finish. Mine here is a smooth stone wash. Given the particular satin look- I'm guessing its one of the 2 steels, S30v or S90v. Most likely a S30v.

The action is silky smooth. Based on what can be searched so far.. 110/ 110b are made with washers. But handling another Shiro washer blade, a colleague's F3 today, there is certainly a huge difference to how the blade moves effortlessly from close to open. Zero friction.. if this was a flipper I have no doubt what kind of action it would have.


Let's see when my SRBS lazer etched digi camo F95 arrives and how that compares...Oops. Just let the cat out again. Yup couldn't resist and score another not so commonly seen Shiro.. Flapping at 33000 ft as of now 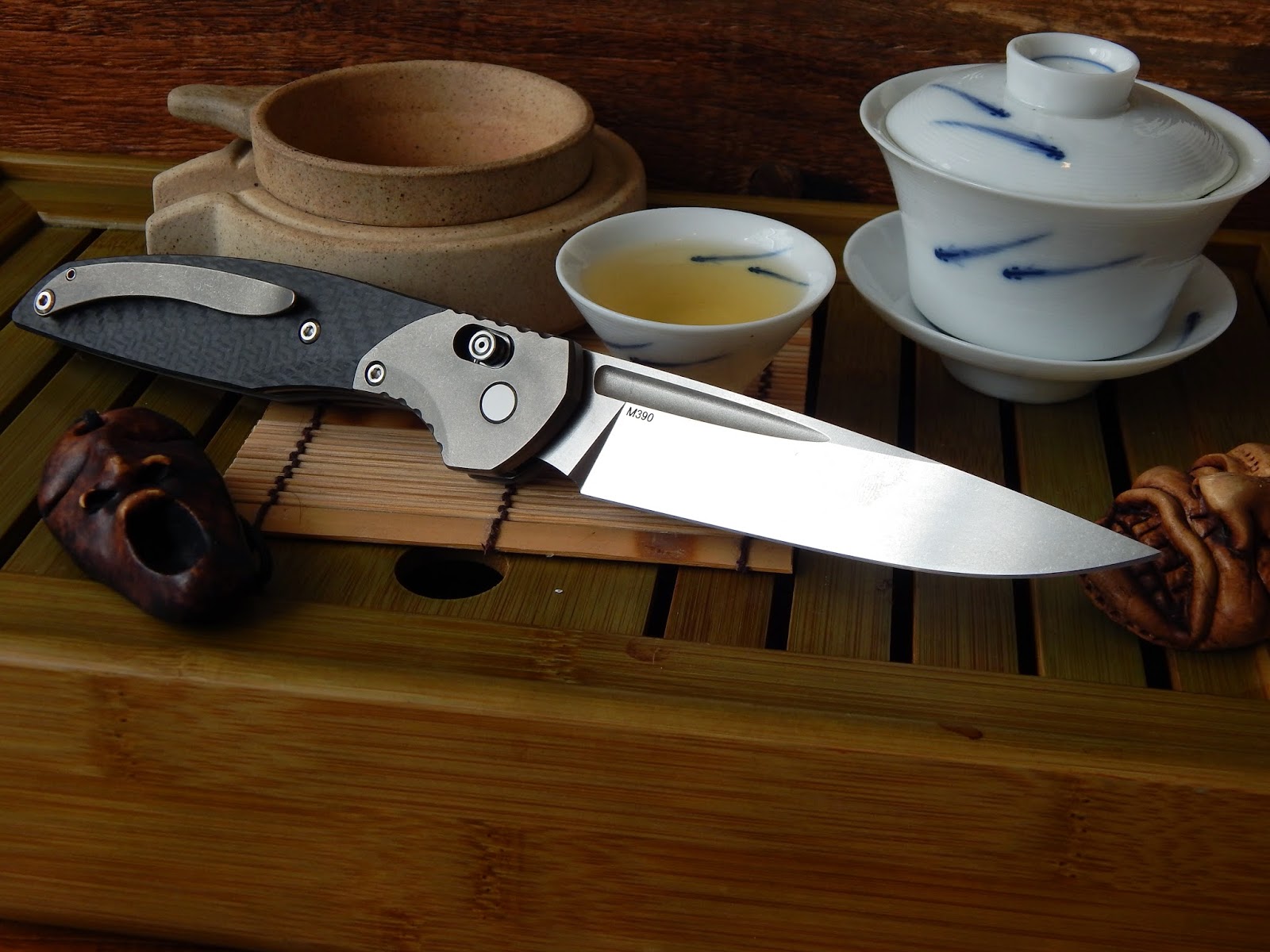 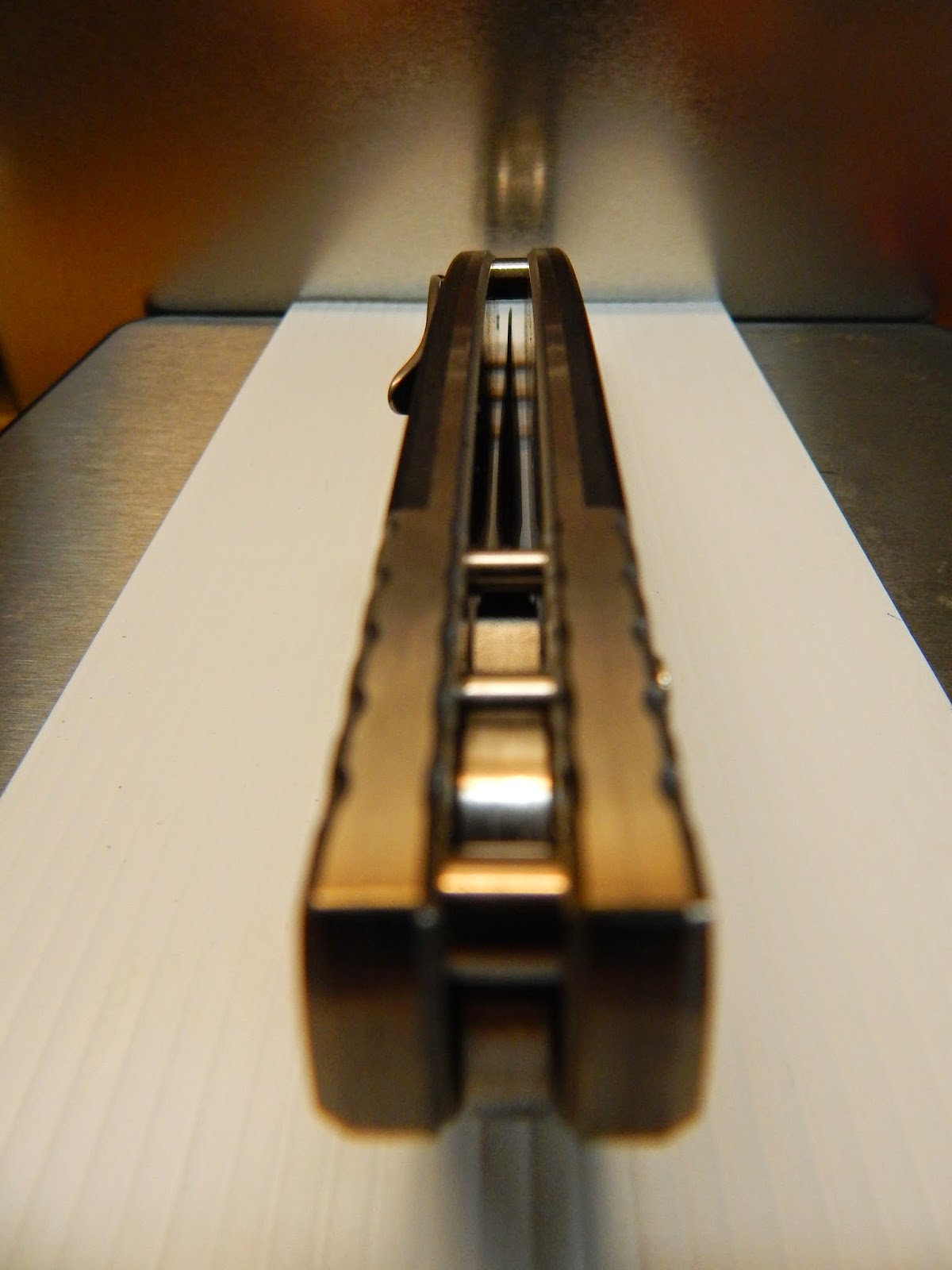 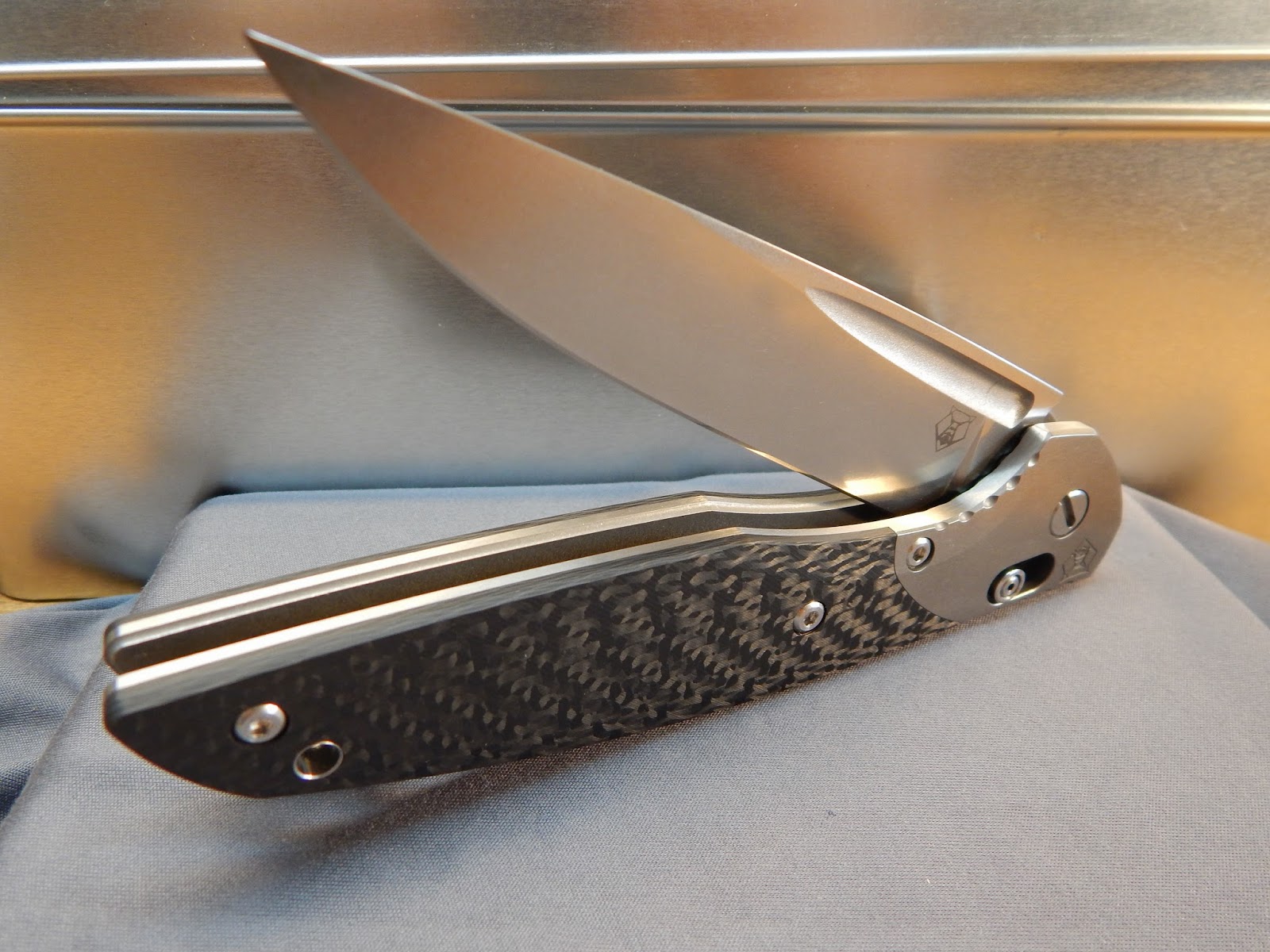 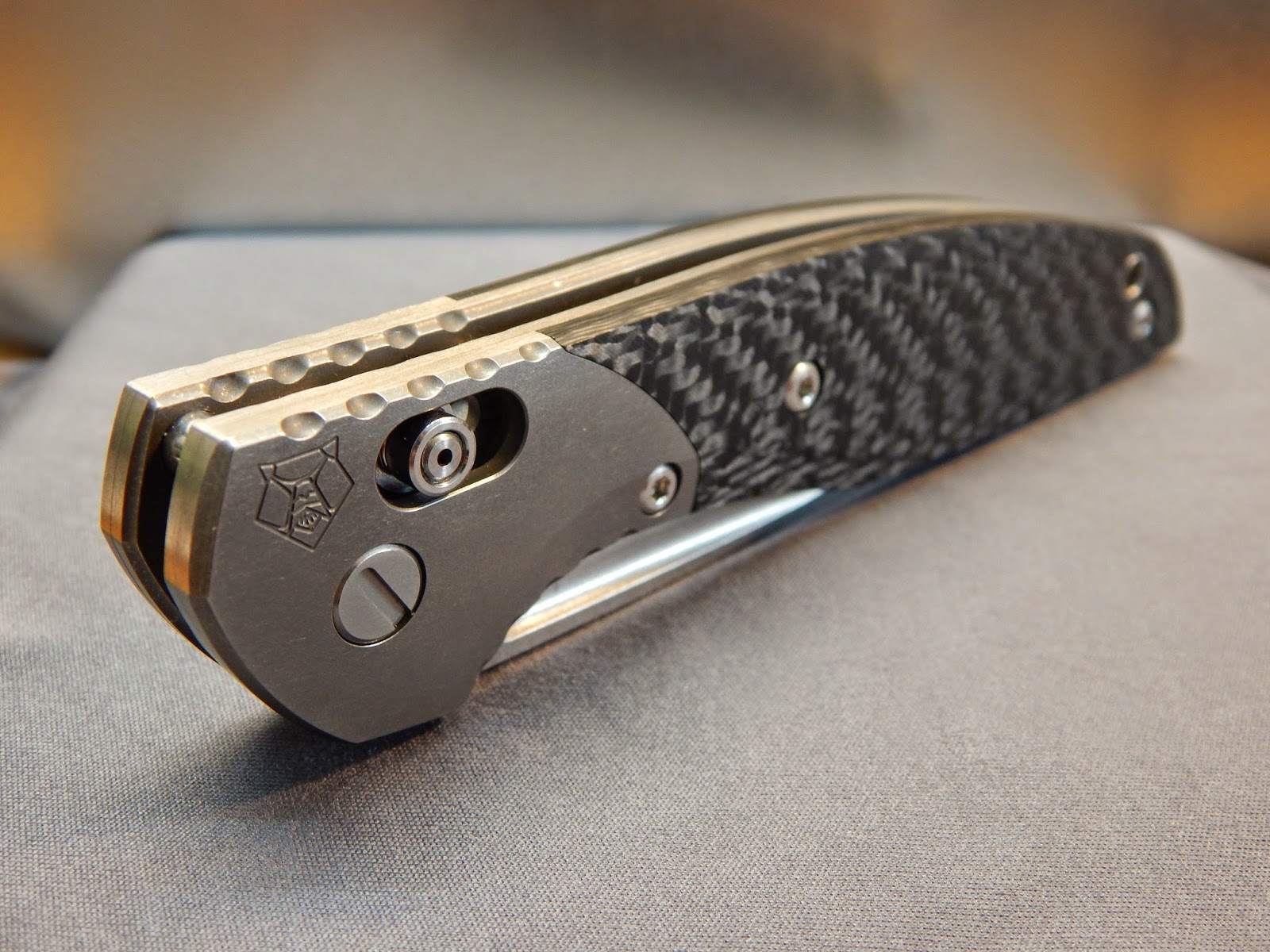 Email ThisBlogThis!Share to TwitterShare to FacebookShare to Pinterest
Labels: Shirogorov