Well, sort of.. Never thought I would be seeing "Cammie" so soon after trading it off.

Ever since getting the 95 CF-inlay, it just somehow felt different but I could never really figure out why...

With 2 in hand I was able to do a close up comparison allowing to find out where are the differences.

Without putting them side by side, those differences aren't obvious as its mostly hidden away around the pivot area. Its all in the tang and the recess on the stop-pin on the blade. Now it's easy to understand. Knife pics usually just show the full open full close, lock and those "oooh and ahhh" details of any Shiro.. but here as I see how one generation evolve to another and they tell a lot more. 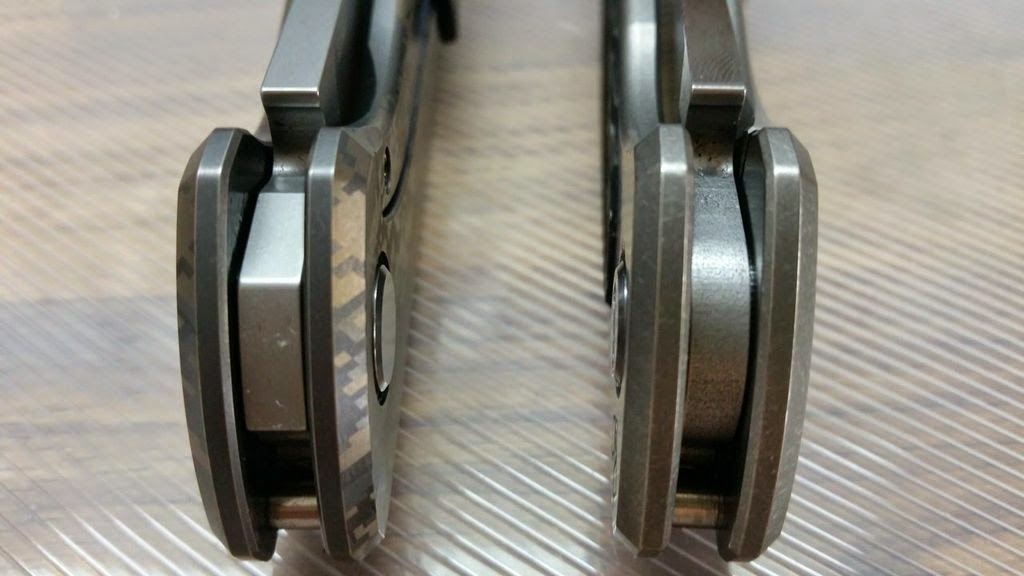 A casual glance and it would never have looked as if it would cause all the differences... I think the angular tang on the left somehow imparts a stiffer feel and gives a different feel to the "throw" when the knife is flipped open.  but I may be wrong. A second observation is on the recess for the stop pin. Not too apparent from the picture but the "drop-in" on the Camo 95 is a little deeper making the blade sit more snugly. It also creates a more positive feel when the blade is snapped into a fully locked up position right at the end f the action.

The pic below shows a different angle where the stop pin has a slightly longer distance to roll in before engaging the end of the recess area. All in, these subtle differences create the different distinct "clicks" when snapping a blade open and delivering a difference in both knives, with a better feel favoring the Camo 95. 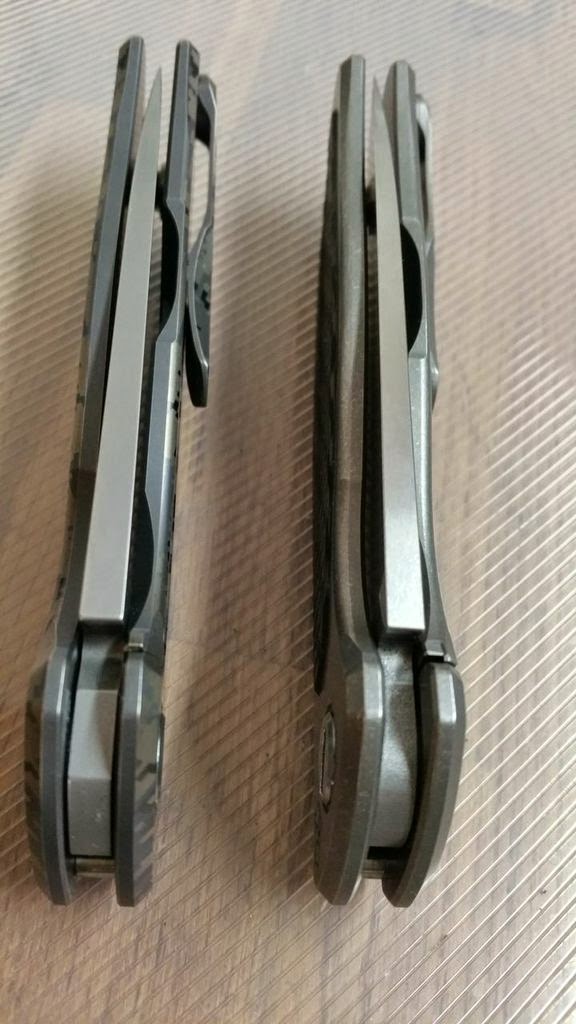 Overall the Camo 95 seems stiffer as well. Compressing both sides of the handle with the hand (like squeezing a sandwich), the 95 CF-inlay definitely flexes more.

Prior to this non-scientific squeeze test, both knives has been tightened to about the same torque. basically at the point for both where blade is centered but has little or no lateral play when pushed in both the open and folded positions.

I attribute maybe a slight difference due to the shape of the tang (update: yes this last part seems to  hold true after comparing these 2 with a colleague's F95 with cf inlay but has the angular tang... action wise that one falls right in between these two).

I'm past the stage of looking at how knives can drop down on its own weight. For that Shiro has always been known to be smooth.  But for anyone who is still fascinated, I'll say go for the angular tang Shiros..it makes adjusting the tension relative to the centering and lateral play for smooth drop down a lot less to fidget.

In typical bike-wrenching-geek speak-- we are talking about bearing pre-load here and I suspect that might have something to do with the weight distribution of the various area of the angular tang which favors this over the (older?) rounded ones.

Well, all the above observations came about as I took the Camo 95 back for a take-down like the last round I did for the 95 CF-inlay. So to the gritty bits of it now.... 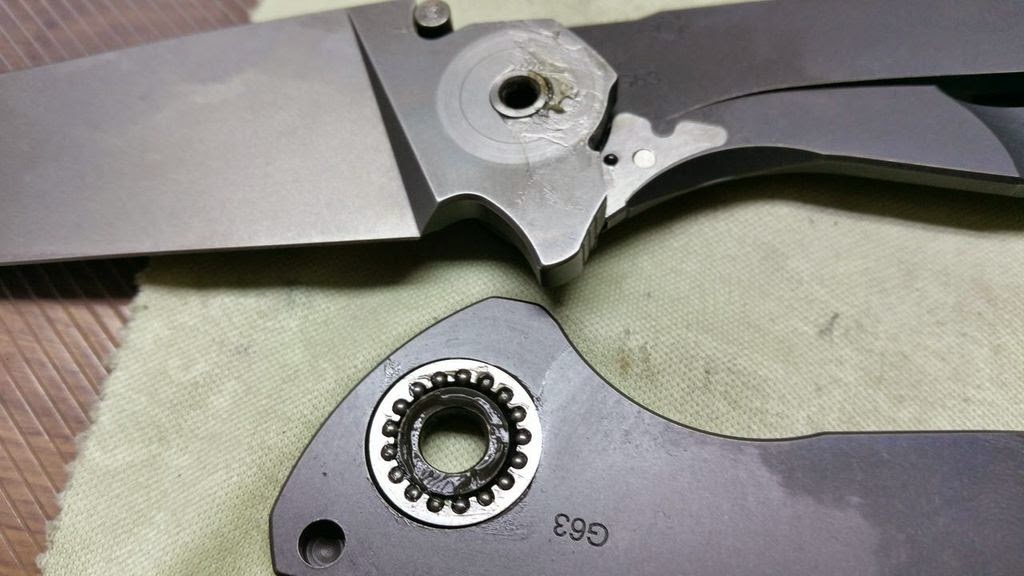 The key to finding the "right" grease/ oil is still on... Ok till the next time. Yes-- if any of you wrenchheads read me mind... will be trying a light dab of Torco RSF Med 55wt gear/ machine prep oil which I stupidly bought as expensive Fox Float eons ago  :) 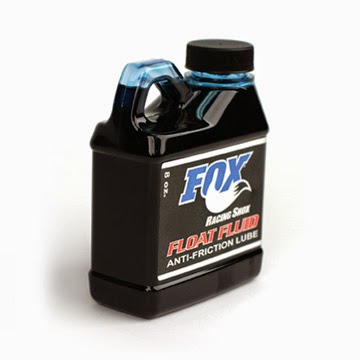