Last of my article shifting over from Livejournal, 1st May 2015 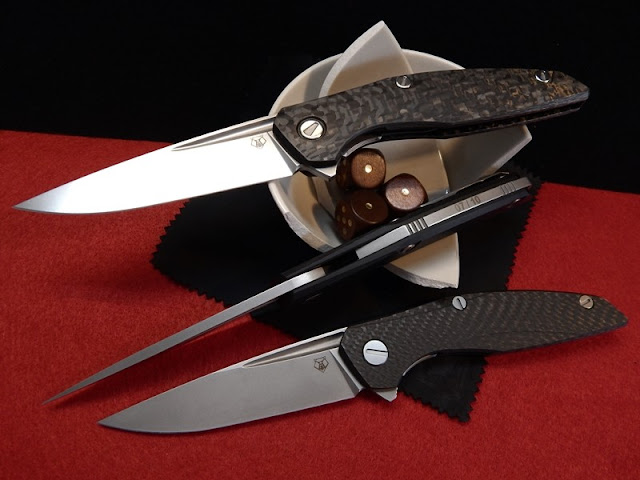 While none of the new blades this evening are any of those uber tricked full custom highly coveted Shirogorovs with Timascus inlay or some other unique one off details, still there are lots of new and interesting stuff gathered that the bunch of us are seeing for the first time in my humble little home.


Yup, to start it right off, I loaned the Prototype 7/10 to take a "family" pic of the Model-111. What's really missing is really just a normal production piece of the older washer generation. Proto, Custom and the 2015 edition of 111 MRBS........ Yesssss my very first Multi Row Bearing System. 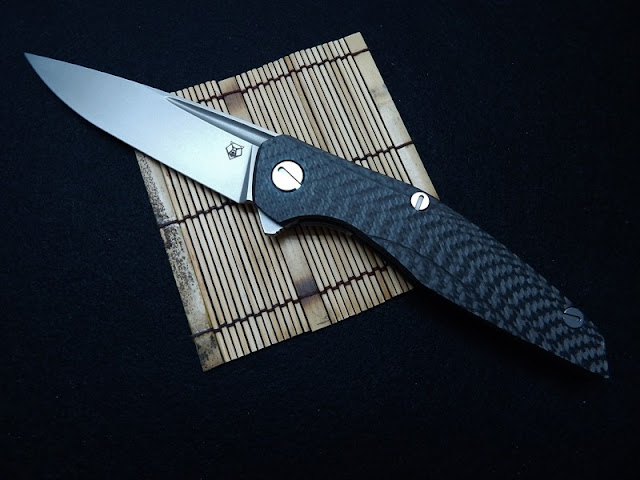 Once nicely broken-in, it's just deliriously smooth and fast. The action I've seen for such a big knife needs more than words like "impressive" or "awesome" to justify description. 111s are not just long but its a huge blade in terms of the amount of steel it holds in its width.

Some say it's too big a folder to be practical. I can't argue but it's one of those Shirogorov models that I have grown to like. So much so, it's really hard to put down once picked up. 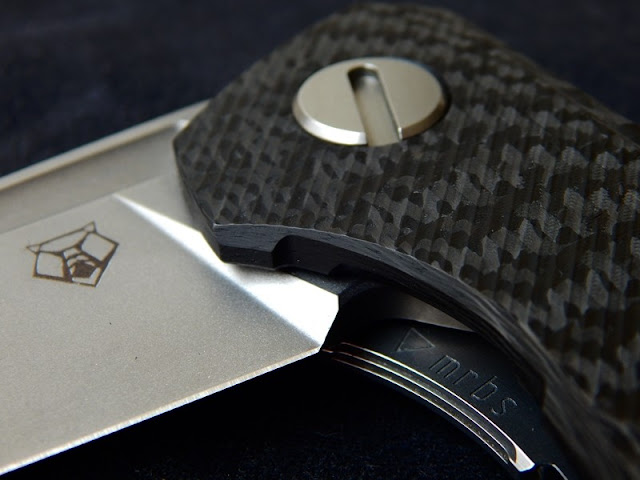 And where is the magic of it all?

As a self professing bearingnut, gotta say I was skeptical initially but have to admit now some part of it has to do with these bearings...and like any rotating mechanism with an emphasis on bearing movements, the precision of various parts put together and their respective weight distributed at the right places makes for one helluva action on this knife here. Just like good ol' WI hubs and freewheels 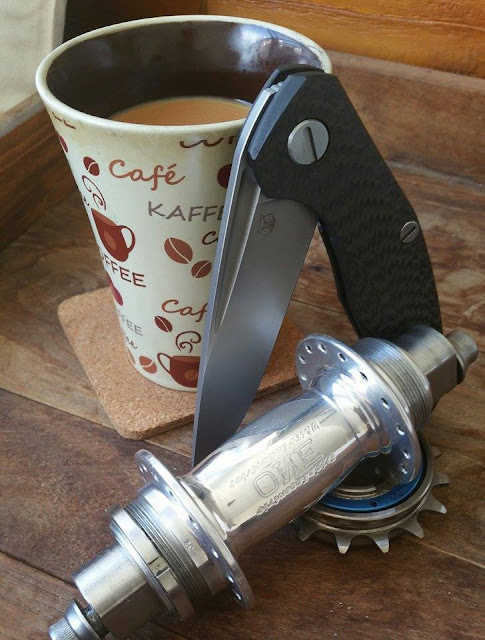 Moving on, what's whipped out next came as a surprise... the very same Copper Starlit that inspired the idea for the Eclipse as mentioned in my previous post... 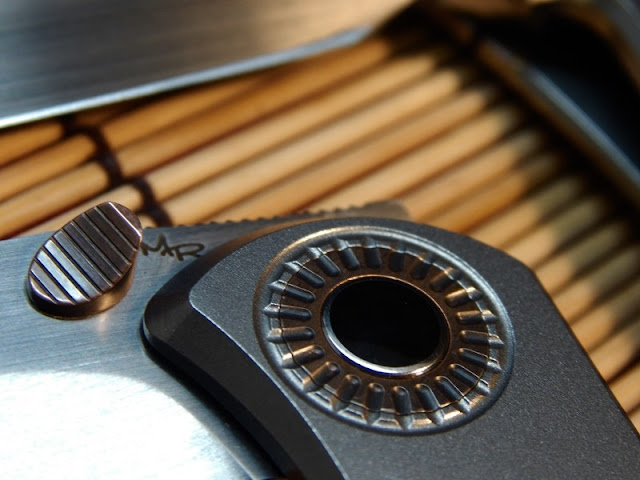 If it wasn't through my pictorial induction of things edged, my friend would not have picked up the hobby and I would never have seen this in real. Certainly not the two together. 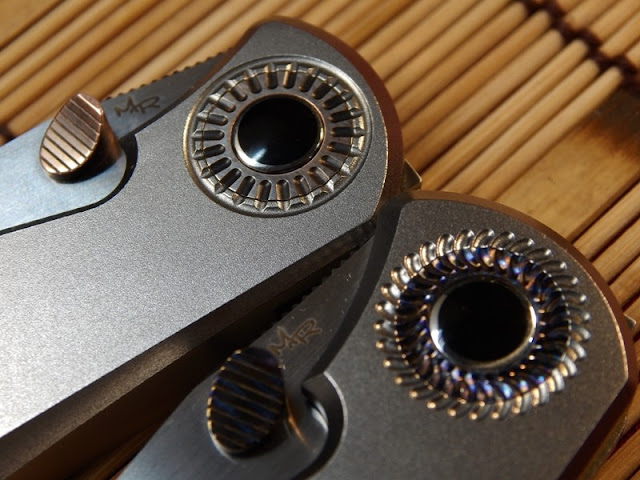 More than just radial milling inspiration on the presentation side, I got the timascus matching clip idea partly from here too 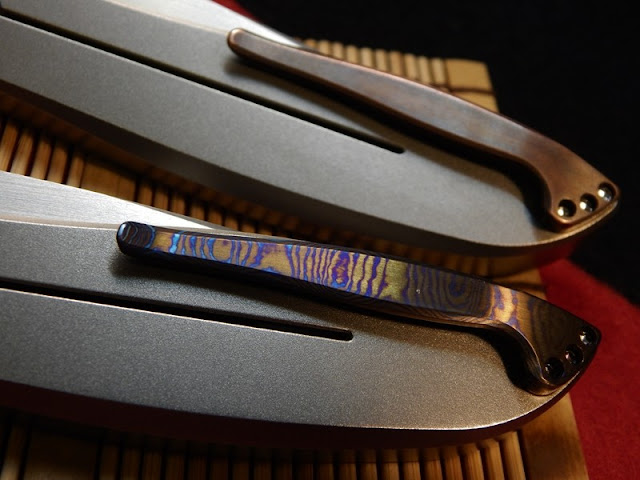 One more of this beautiful pair before moving on... 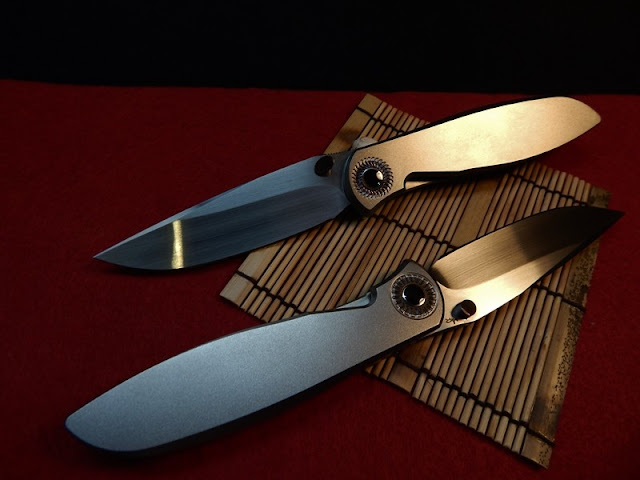 Paired in different ways... was a new CAS fixed san mai that goes nicely with what's in the house... 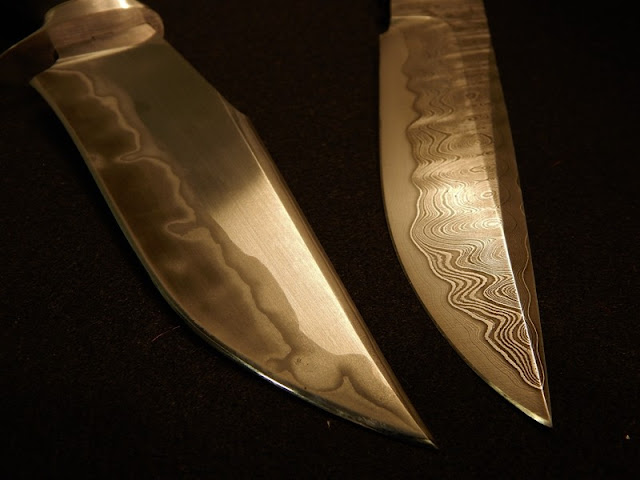 ...and paired by naming similarities. Slims. 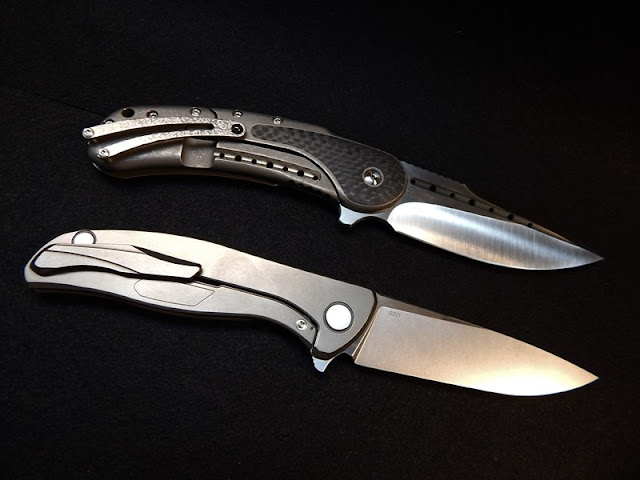 But just how much is a CD Slim slimmer than a regular F95... 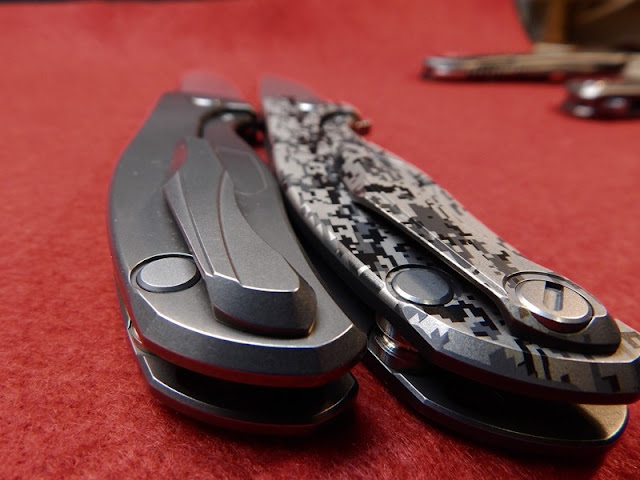 I don't have a regular Bodega tonight but having handled a couple before, the Bodega Slim does indeed have a slightly different hand feel, in a good way. Don't be fooled by the name though...it's still a hefty piece at the same overall length as a regular one. 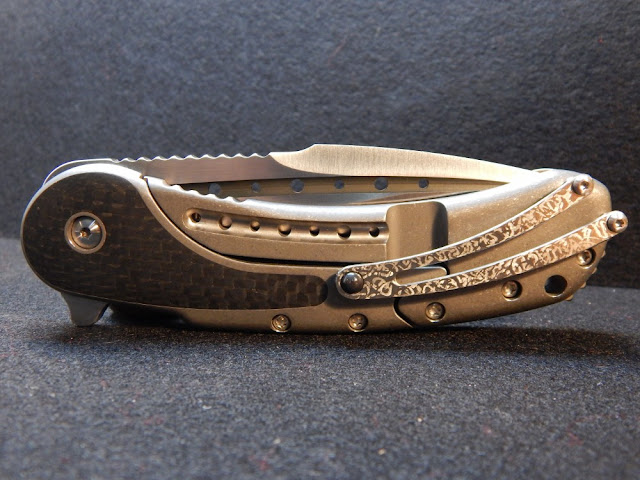 Pairs, pairs, pairs and triples... Sounds like poker if u ask me. Have to say quite a full house this evening... 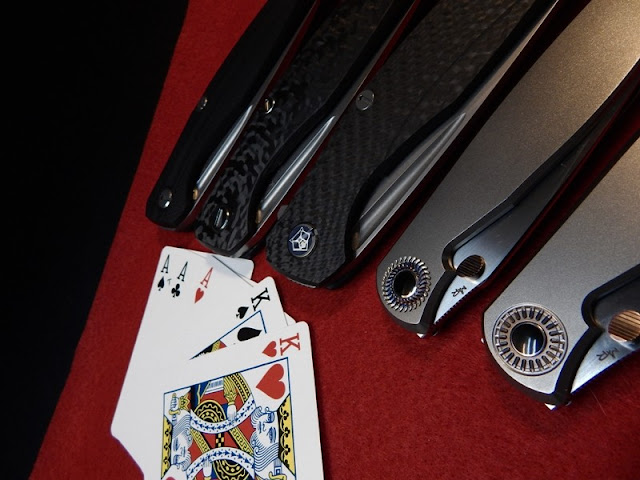 Call me obsess. Gathering of Shiros just put a smile on my face. ;) 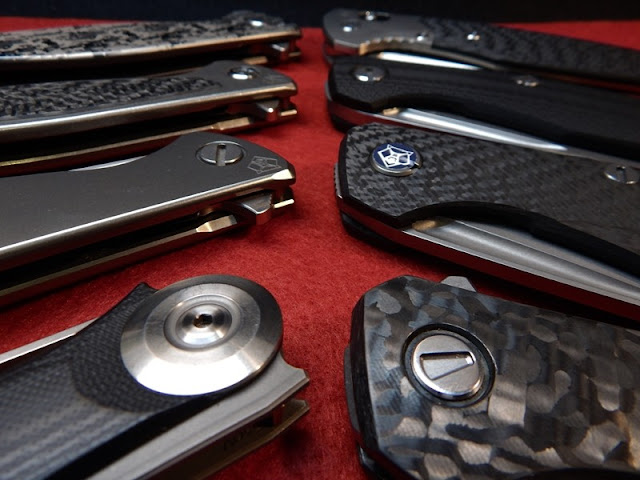 One final "toss it up" folders pic. Take a close look ...... A little seldom seen something blending in there? :) 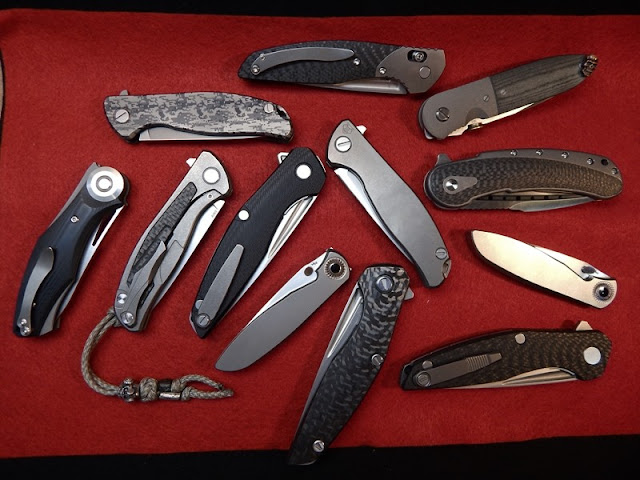 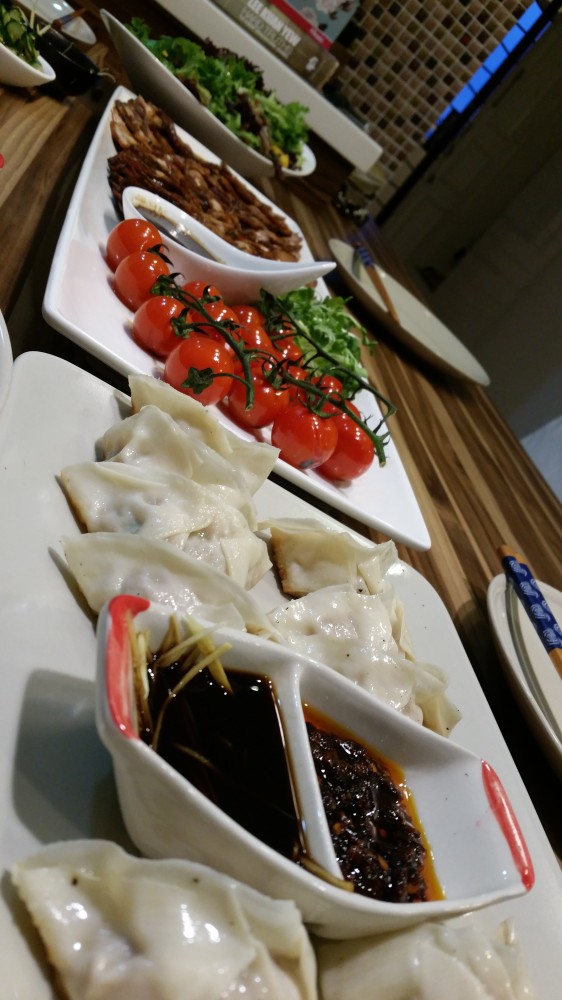