Once again, the time has come for another take-down. While not adverse to prying stuff apart, still with a little rare gem like this... gotta admit I do feel a little apprehensive at first.

Ok I know many people are gonna wince.. but hey, a knife is a tool. Tools need to be maintained over time. There is nothing worse than leaving them in less than optimal condition.

Tested all the screws. Great! Nothing binding. No elbow grease needed... Look again, nope, not the usual T6 and T8 torx but it uses chamfer heads M2 and M2.5... 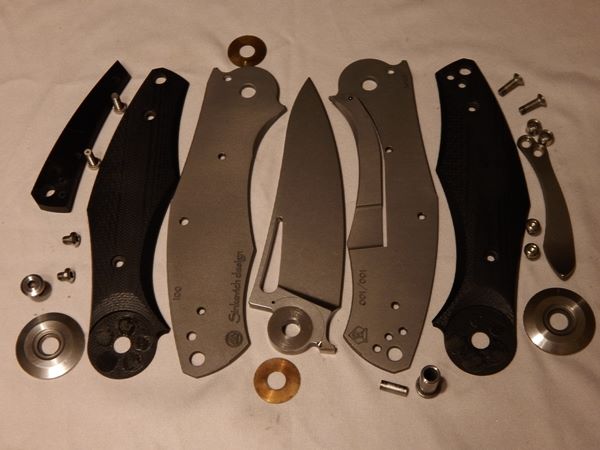 Not much dirt but I reckon it has never been taken apart... the original factory lube was getting a little viscous, hence the less than stellar smoothness which prompted tonight's dis-assembly.


Easter Egg!
Would never have known another "100" was engraved on the insides of the handle as it is neatly hidden by the Micarta backspacer when assembled. This isn't the usual alphanumeric to identify the handles on their respective CNC batches...All the engraving on this knife is much thicker deeper.. and very well defined in a different font.

Why the extra hidden "100"? Well I could only guess. In fact is "100" even what it says it is..... there are errm "stories"  and mysteries surrounding the Dark, rare enough that these blades are seldom seen and even rarer the information surrounding the numbering and actual number of pieces.... :) 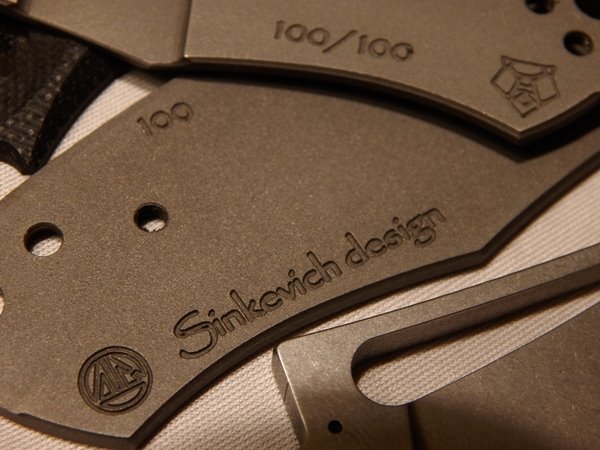 The attention to detail, the insane amount of contouring on this small little knife is what make it one of my favorite. No flashy Timasus, mother of pearl etc.. a knife designed and made where every bit can be felt. This is one knife I actually close my eyes sometimes when holding it in the hand to savor like fine wine and good cigar. 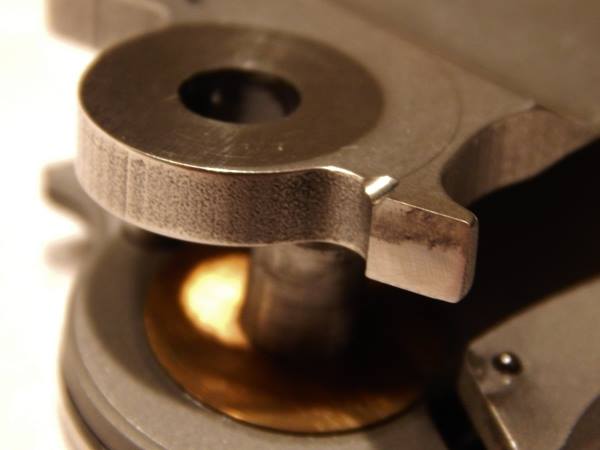 Have always thought the early generation clips were just flattish and bent into place.. but no.. underside is actually contoured as well.... most probably to add to the springiness of the clip. kinda like the recess of the lock portion. 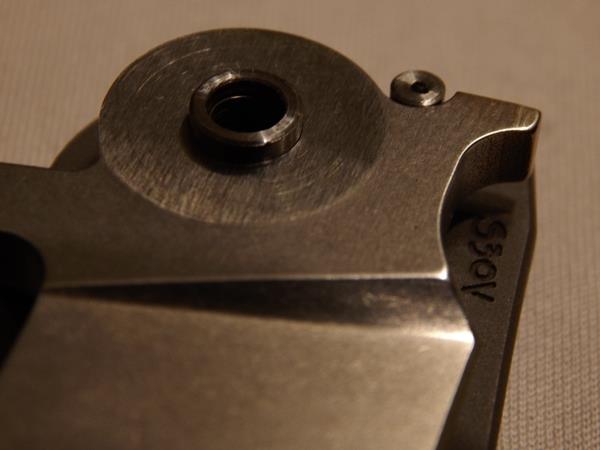 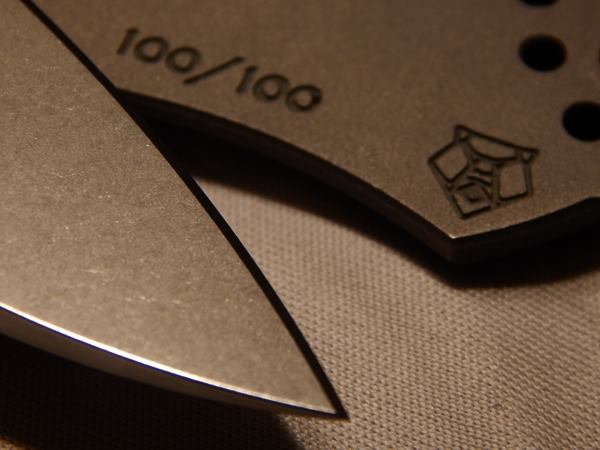