Who wouldn't love to have a new knife mail call everyday eh!.. But let's get real.. most time in front of the TV is spent not flicking flipper tabs but pissing myself fumbling with knots and weaves..It's been a couple of months now... experimenting and making different paracord bracelets.. 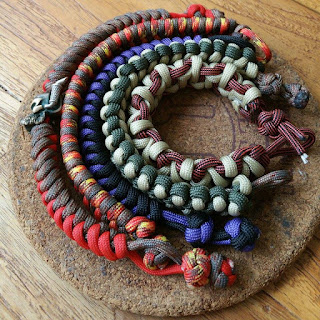 These two were for the Missus... and I just called it a rattlesnake tail ending. 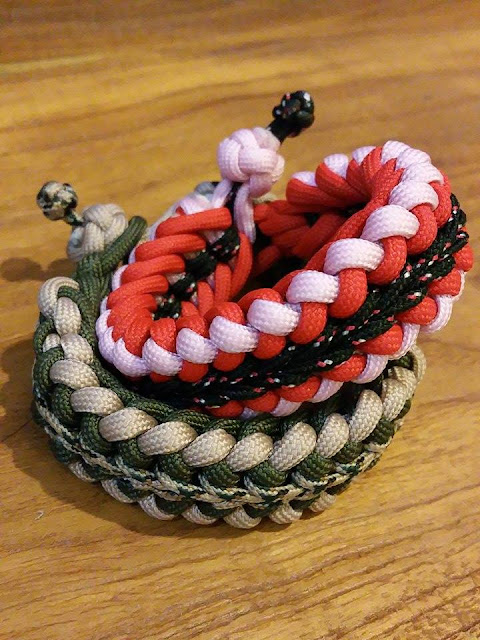 Pretty rewarding walking out during a family outing and everyone is decked up with colorful wrists :) 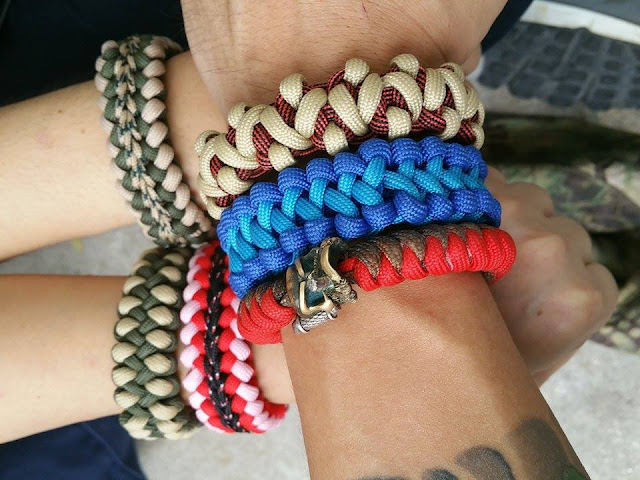 Update 15 Dec: Can't really let the cat out but here's a little hint an I used the special edition 1 of 6 "Hellboy" Bead by Eugene on this one.. So whatever knife it is paired with has got to be pretty special. Also I just named this one the "Damascus" Wide-Step bracelet 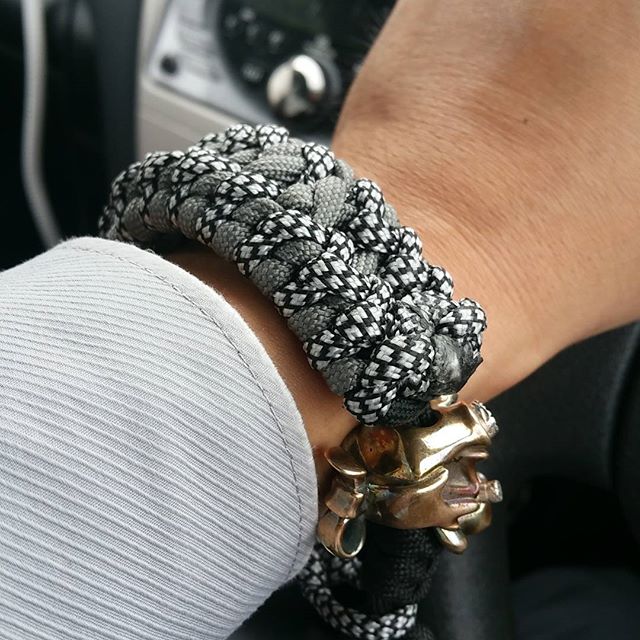 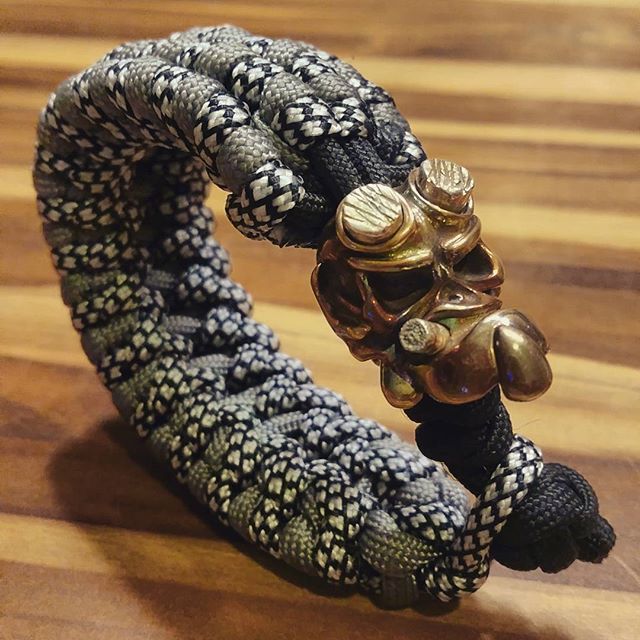