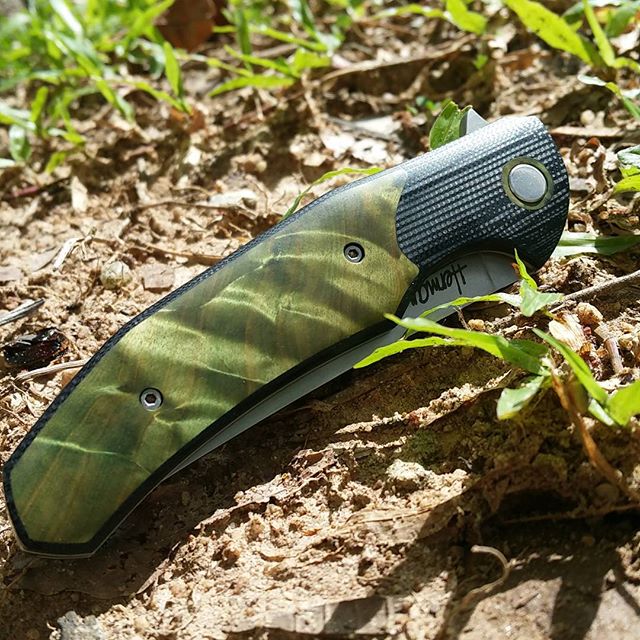 Came across this maker's works on Instagram while hunting for a new EDC... and something he did with a few of his knives struck a chord with me.


While the upsweep Wharnie shape have really grew on me... I do miss the drop/ leaf points with a more pronounced tip during those Wharnie carry days. It's hard to do any precision "pin-pricking" on those occasions when it calls for a needle-like point into small areas.

"So you want that curvy Wharnie but with a pointy end which basically means i a Persian with the front section sliced off at an oblique angle..."


Yep!.. so when I saw this blade shape for another customer... that sealed it!

Everything else was pretty spot on from the pictures seen in terms of dimensions. Making a leftie wa no problem, so it was down to a choice of scales. Have always liked the organic feel of wood is one thing but what was pleasantly surprising is how good the fit and finish of the scales are when first holding the knife up. No seams/ voids.. just smoothness where it's all set into the Micarta.. nicely topped off with the pivot ring of the same material. 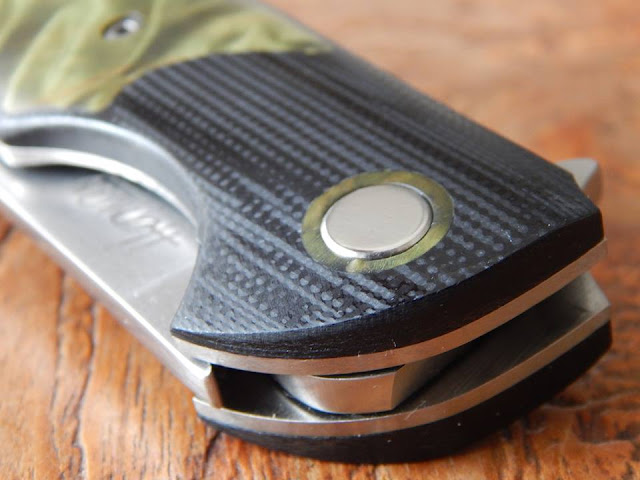 To tip slice with this kind of upsweep wharnie shape, I realize that a tip that is higher than the center line of the pivot will be much better. but a more specific request of mine was for a thin ground blade. That, I reckon, with the drop in the spine near the "high" tip should make it a nifty blade suited to my slicing fetish. It turned out even better than expected... the drop is coupled to a beveled grind which makes for a truly sharp and defined tip, suitable for delicate work. 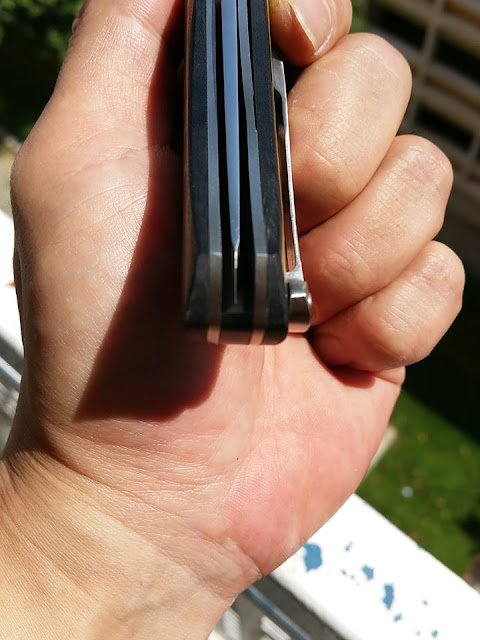 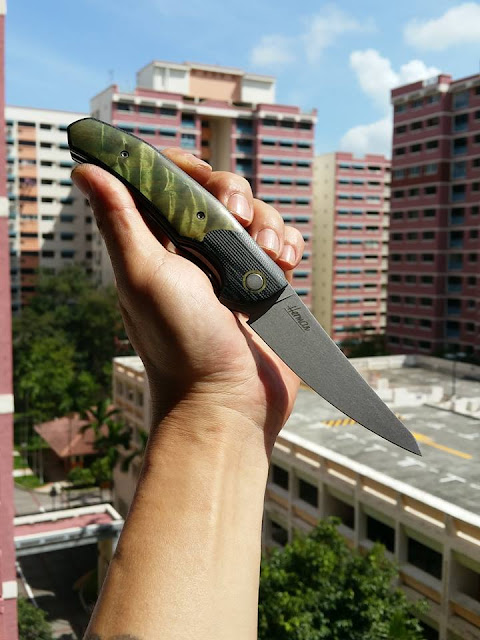 The other surprise wasoverall, how much this knife felt like another of my favorite. The end is a little fatter, although not as pronounced as the Dark but size wise both are almost identical with blade length favoring this one which is physically a little longer and that feel is enhanced when cutting due to the length to width ratio. 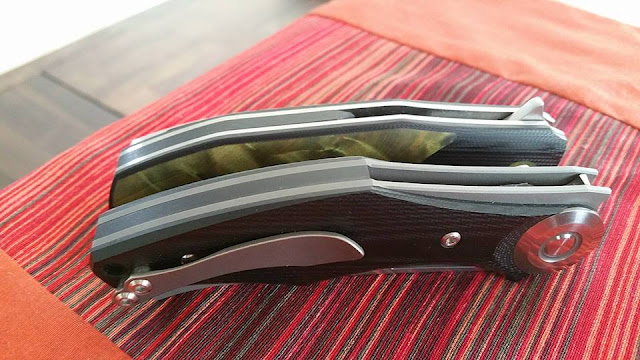 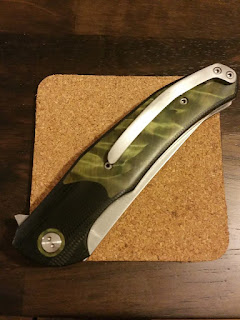 If there is anything to improve on, I would say maybe it's on the clip. As far as I can see, it's milled out from a single piece of titanium.


First it needs a little more tension which is not a difficult thing to tweak but the overall shape (a little too long?) and fitment can be improved on.


Overall, I still enjoy like the smooth finishing... maybe it might just get a brown anodizing treatment later if I decide to pimp it out a little. 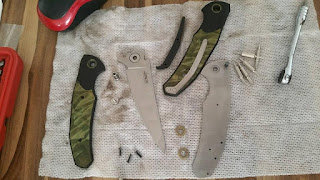 It would only be a matter of time before a user is dismantled to be cleaned up.. so it might as well be on the first day - to help it break in even faster.

A little smoothing out of the plastic retainer and  relubing with my "Anvil no.38" later..


Gonna be using this one  for the next few months and refine the sense of what I want for the next knife... probably something along similar lines (I'm a boring old fart.. if it works why change) but I really hope to have a "3-point" stainless damascus, blade, clip and pivot ring dialled in with either and or some nice wood and marble carbon fiber for the handles...