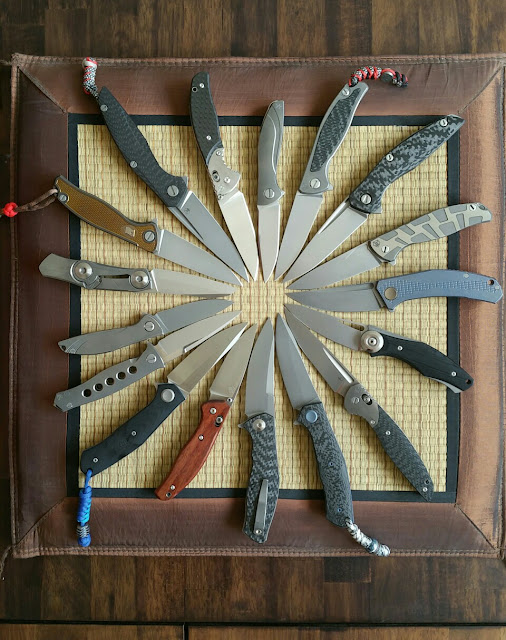 Knives come and go. Well it's mostly incoming with few going out for me. Even less so when it comes to Shirogorovs.  I recall in the first "flower arrangement", there were 6, a subsequent one yielded 11 and today it stands at 17. Not quite a Fibonacci sequence but I can't really complain.

The last update on this blog was on the Technobambuk. That actually came after the Jeans collaboration which till today, I haven't done it justice by spending enough time carrying or given it that ultra thorough look through. 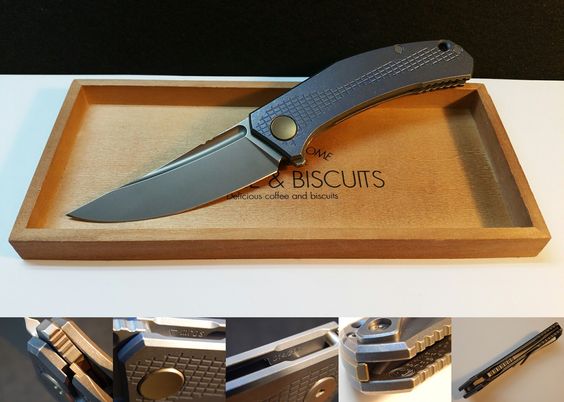 It may seem odd saying that.. how long can you actually look at a knife? Got to say certain things eluded me for the longest time... I actually took out a knife from 2 years back and only just discovered things about it which I never realized! What's more with Shirogorov, it's never only about the one knife in hand.. there is always much to compare with what came before.. and judging from the present ones to see what else may hold for future models. Ah yes, occupational hazard of mine... always trying to read into minds of others that made something.

Speaking of which, nothing beats looking at some of the older works in my opinion and few of the non flipper models can boast of the top configuration, "titan" bolster with carbon fiber scales. 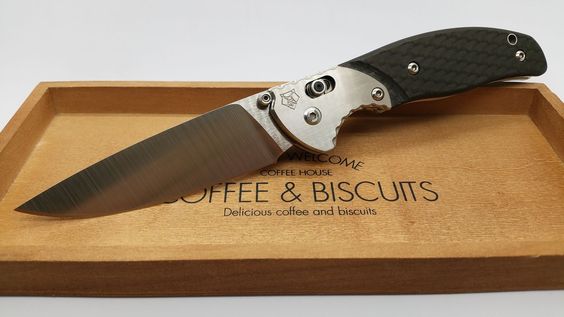 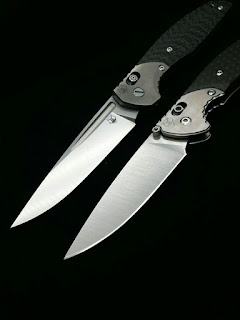 Of which I actually only know of two. The naming of this older one above is a little ambiguous, it depends whom I ask and am invariably told its a titan Dertnick or T95 (aka predecessor to the Tarbargan NS100)


I think T95 is more likely the one as some info points to the original Dertnick as a 3.5" blade which corresponds to the measuring of mine, with wooden scale, to the specified length. This one here is actually the same size as an F95.. 95mm blade

And the other titanium bolster that makes up the duo here.. yup, my very first Shirogorov, 110B with a little twist.


As to the significance of this paring... hmmm :)

In a way a number of these are rarer than the collaborations. Sometimes they are one off or just having a few pieces made to "test out" certain things. Sometimes just for the heck of it.. as somebody could have thought it was fun to stick the blade of a Model 110 into the handle of the 110B...leaving the world to wonder why there are 2 logos... To up that juicy "mystery" a tad... there's only 2 pieces made this way (according to my sauce... oops I mean source). 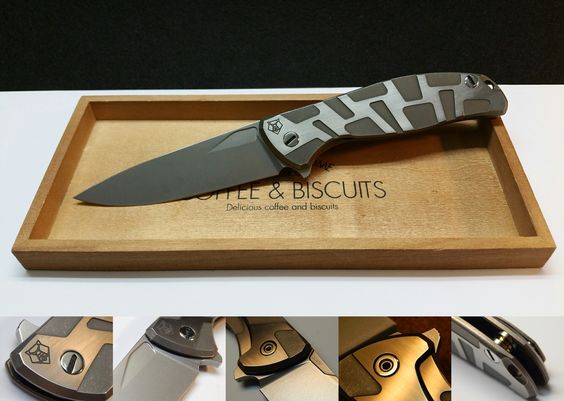 So would have been this duotone "Turtle" F95.. with that depression on the blade. Marking it as one of those seldom made NF1.. aka non flipper version, only to have that little flipper dangling and me wondering why. In fact this is the only F95 NF1 I have seen so far.. The rest that had been floating around on the Internet ( or at least those that I can rummage through) shows one or the other of the 17 F3 NF1.. flipper-less and with a deeper more pronounced indent.

It leaves me wondering.. why it's so different on mine.. Ok chronologically the F3 came much later, flippers in the usual Shirogorov production line-up generally speaking started with the F95, then the Hati, both frame locks and finally came the liner lock F3. The NF1 idea was probably conceived before F3 came about. This here could be an early rendition before the little tab was even lobbed off?
And a few refinement was added later on... ?

Looks like it to me..the later F3 NF1 spotted the deeper thumb indent as that made a side push opening easier together on a liner lock vs a frame lock. Anyway apart from all of these-- it's also one of  the earliest duotone satin finish on a 95 "turtle" as far as I can trace. 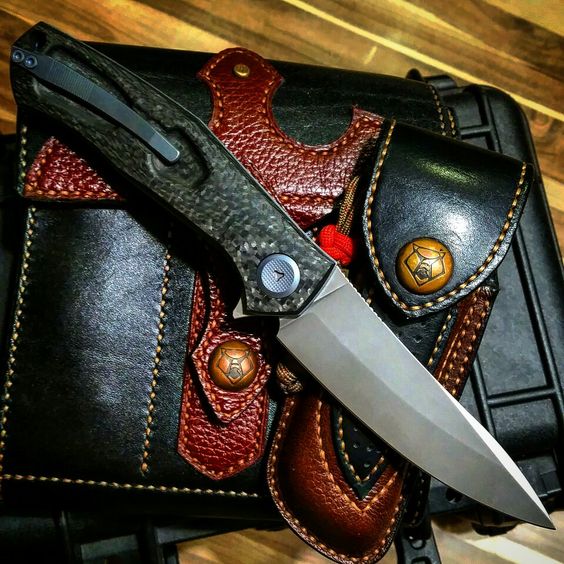 Been kicking myself for not knowing what the Cannabis was very early on, especially the "Ice" and giving them a miss in my early collecting days...

Barring the full customs and the Vegas series collaborations... this is the only collaboration that has ever spotted a Damascus blade.. Luck was finally on my side I guess...  That leaves only the True to complete the Cannibis trifecta.

And the most recent one that dropped off the mailbag onto my desk?... Thanks to an early warning radar alert... and and "I'm in".... 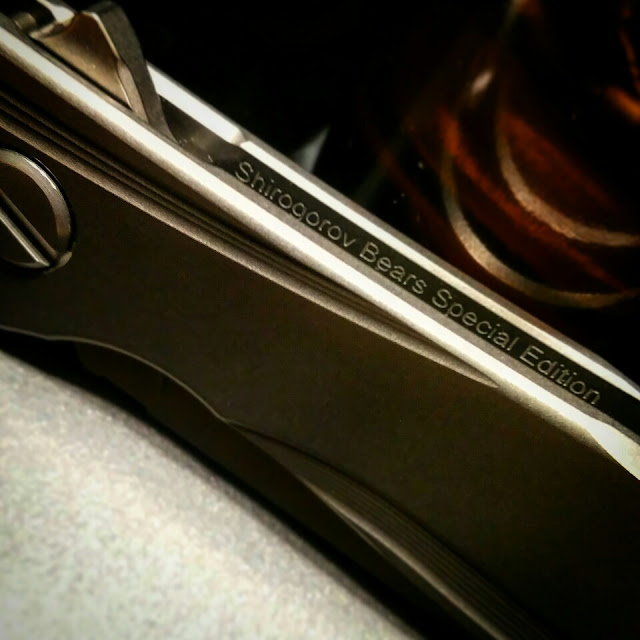 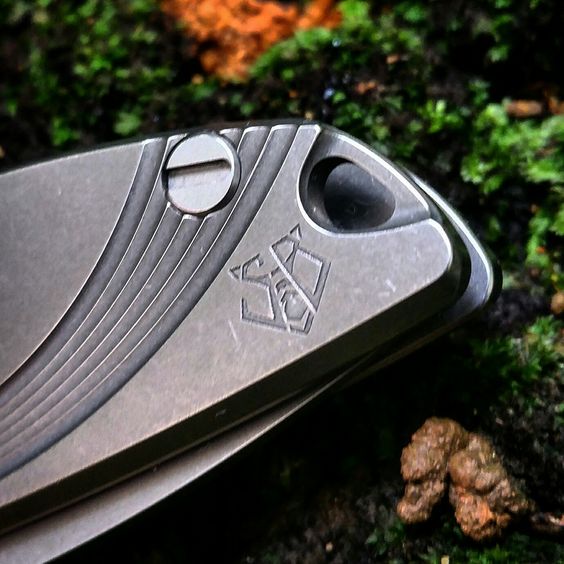 Nope.. this isn't one of the 6 "Broken Bear" F3 but the officially recognized version aka "Shirogorov Bears" on USN, hence the SB initials...

...more details of each of these at a later date

... C12 Zhivago in the house.... this Mayo/Shiro collab pair is finally completed... 9 months after the ti RDD came. 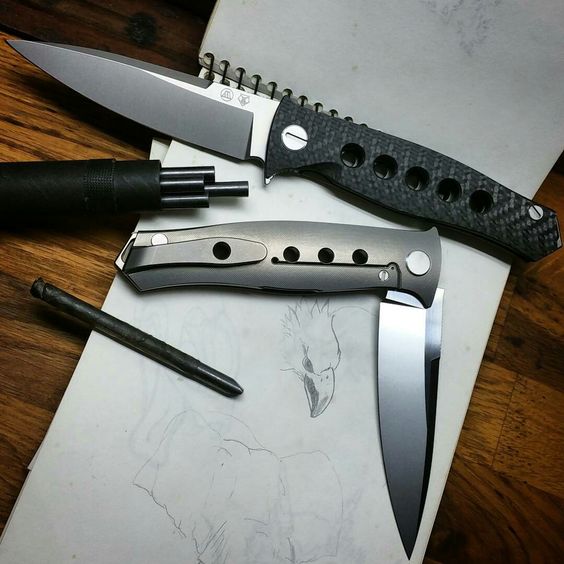 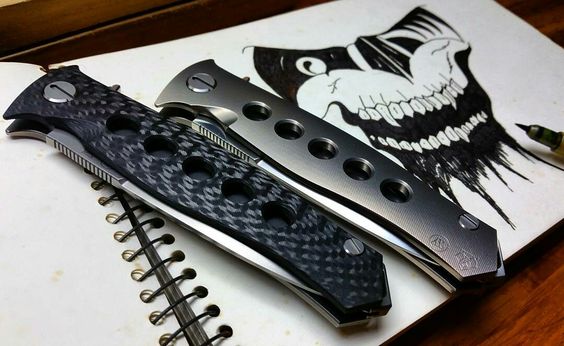